2020 was no ordinary year for movies and TV, with many theater premieres canceled or pushed back, major motion pictures released straight to streaming, and production halted by COVID-19 restrictions. Even the Golden Globe Awards, which normally take place in January, were delayed for two months.

And yet, the show must go on — virtually, anyway! The 78th annual Golden Globes aired last Sunday in a bicoastal ceremony hosted by Amy Poehler and Tiny Fey. After we finished our popcorn, we dove into Pathmatics Explorer to analyze the digital ad strategies that helped this year’s winners take home the hardware.

For “Nomadland”, timing is everything 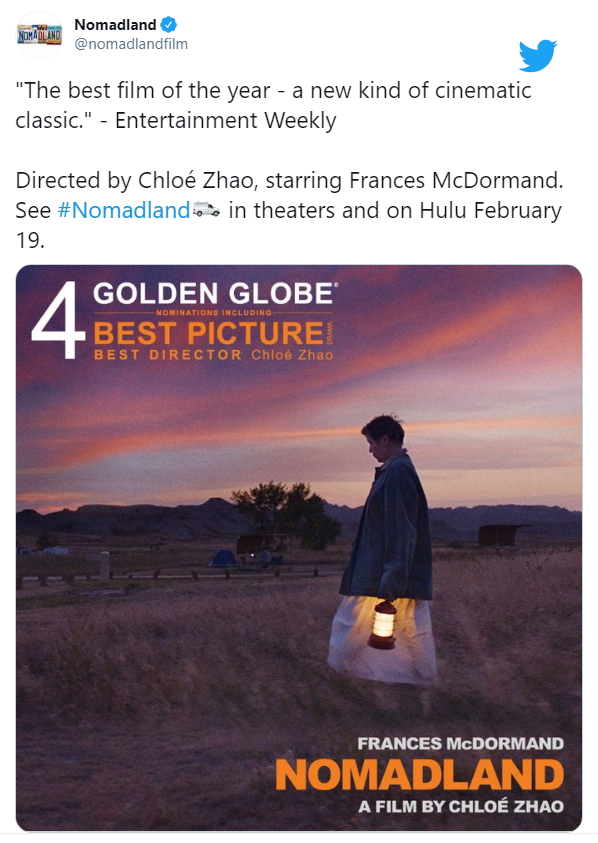 “Nomadland”, a film about a van-dwelling modern day nomad, was released on Hulu and in theaters on February 19, 2021 — only 10 days before the Golden Globes ceremony.

Along with this well-timed release, Searchlight spent $1.1 million promoting the film in the month leading up to the Globes. Given that the box office value of a Golden Globe win is estimated at $14.2 million, that’s a pretty impressive return on investment.

If Searchlight’s strategy was to generate buzz leading up to the award ceremony, it worked: “Nomadland” took home the award for Best Drama Film and Best Director, making director Chloé Zhao only the second female and the first Asian woman to win the award.

Netflix goes easy on digital ads for “The Crown” 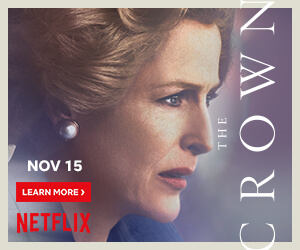 In a year when streaming dominated the scene, it’s no surprise that Netflix owned the Globes with 42 nominations and 10 wins — including four awards for “The Crown”.

In the month leading up to the series’ season four release, Netflix spent $240K on digital ads. Of that, $214K or 89% went toward desktop display ads, primarily appearing on IMDb and EW.com.

“The Crown” edged out Disney’s “Mandalorian” for Best TV Drama Series — despite not spending a single penny on digital ads in the month leading up to the Golden Globes. (By contrast, Disney spent almost half a million dollars promoting the Mandalorian during that time frame.) 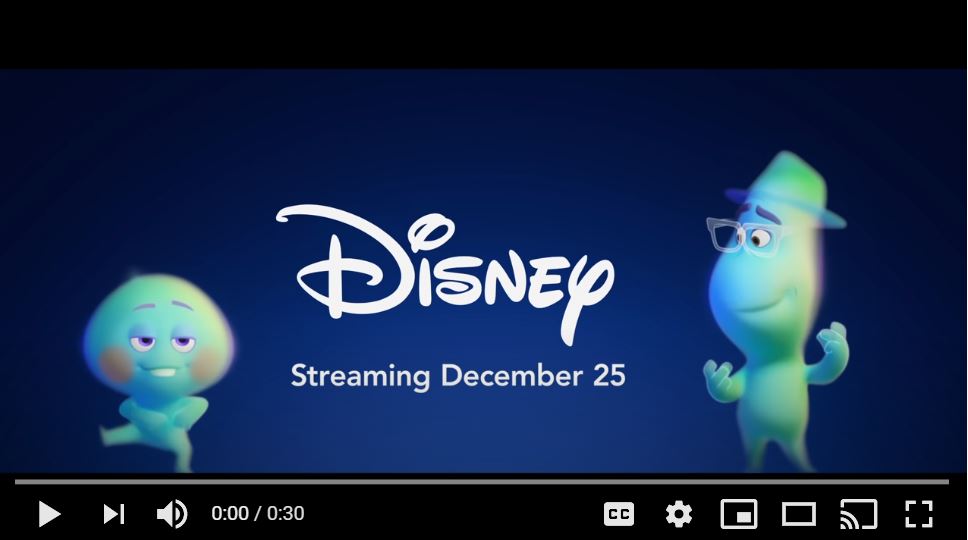 While Baby Yoda went home empty-handed, Disney managed to snag several other statues including Best Animated Film and Best Score for “Soul”, Pixar’s animated film about a jazz musician who has a near-death experience.

The film, which starred Jamie Foxx and Globes host Tina Fey, premiered at the London Film Festival in October and was released to stream on Disney+ in December 2020.

Disney spent a cool $1.5 million in the month leading up to the Globes, with 99% of this going toward desktop video ads on YouTube.

It did the same in the month leading up to the film’s release on Disney+, spending $3.3 million or 65% of its budget on desktop video ads. This looks pretty similar to Disney’s overall digital advertising strategy for its streaming service.

With the Globes behind them, studios and streaming services are now setting their sights on the Oscars — which will be held on April 25. Oscars campaigns typically cost millions more than the Globes, so it’ll be interesting to see how each of these producers position themselves with regard to digital ads.