A tale of three airlines: How JetBlue, United and Delta braved through their worst year

The commercial aviation industry is attempting to make a comeback from its pandemic-induced fallout. Despite favorable tailwinds, the road to recovery will almost certainly drag into 2021 and beyond.

After a staggering drop of more than 60% in 2020, global air travel demand will not likely return to pre-COVID levels until 2022. U.S. air travel volumes are still half the normal levels and aren't expected to pick up until late 2021.

Airlines are placing their bets on other hard-hit industries' resurgence to bolster their own recovery efforts. The travel and leisure industry is expected to thrive as vaccines allow people to venture out of their homes. Surveys reveal people are yearning to go on vacation again and plan to do it as soon as this year.

Armed with similar ad budgets, three domestic airlines tackled the pandemic with their own unique strategy. Let's look at how Delta, United and JetBlue confronted their new normal in the digital space. 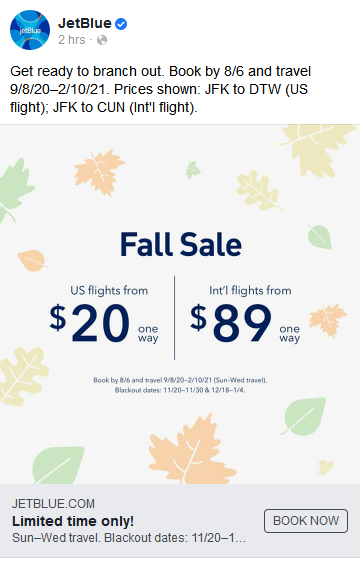 JetBlue's ad spend hit a brief slump across all channels in March and April, followed by a slow uptick into the remainder of Spring and early Summer. Then, in August, the airline ramped up its Facebook ad spend by over $400,000 from the previous month to push their Fall Sale. In a non-pandemic year, the weeks leading up to Thanksgiving and immediately following the New Year tends to be a slow period for airlines. Knowing this, it's understandable why JetBlue decided to throw the big bucks behind getting more people to travel during the fall slump of their worst travel season on record.

Unlike their competitors, United steered clear of tantalizing flight deals altogether, opting for video spots highlighting their efforts to keep passengers safe with enhanced in-flight features and pre-boarding cleaning procedures. Another top creative from 2020 offered United customers no change fees over the next 12 months if they booked a flight before July 31st.

Ad spend for United drastically decreased in March, hit an all-time low in April, then grew but remained inconsistent throughout the rest of the year, with Facebook, desktop display and desktop video competing for ad share in the winter months of 2020.

While Jetblue decided to pivot and funnel 10% more capital into Facebook ads in 2020, United went the opposite direction and slashed its Facebook ad budget by over 10%. The airline split most of its ad share between desktop display (40%) and Facebook (38%). Unlike Delta and JetBlue, United leaned heavily into display ads on Tripadvisor to promote their "no change fee" offer.

Delta steers away from promos and pushes its customer-service

Throughout 2020, Delta wasn't concerned with flight deals as much as promoting a safe in-flight experience and helping passengers change their flights to a later date if necessary, taking a more customer service-centric approach to their creative strategy. Like United, Delta's top creatives ranged from videos featuring airline employees explaining how their aircraft HEPA filters worked to promoting no change fees as the pandemic was tightening its grip across the country.

Unlike their two competitors, Delta slashed their ad budget in March and remained very conservative with their ad spend until December. So far, ad spend trends in early 2021 for the airline indicate an upswing, which could point to signs of recovery for the industry as the nation's vaccination campaign ramps up. Over 40% of Delta's ad budget was dedicated to Facebook, amassing over 210 million impressions. Ad impressions were split, with Facebook taking the majority share at 36%, followed by Twitter with 17%, and Instagram with 15% impression share. 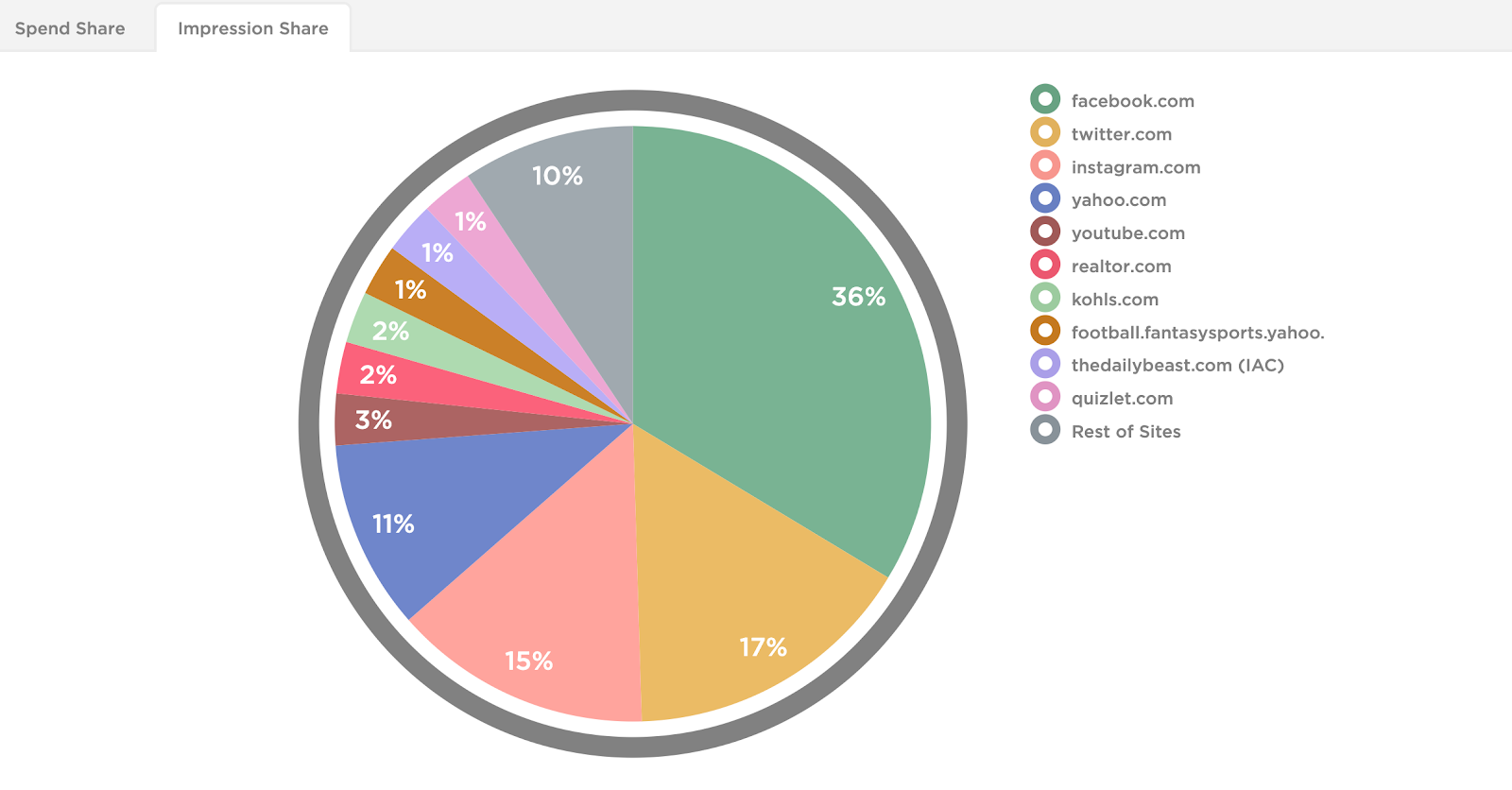