Candy VS. Snacking: How are Brands Turning to Digital to Feed Sales?

Given the year we've all had, it should not surprise you to learn that candy and snack sales are on the rise. Hershey's reports it booked higher profit and revenue in Q4 of 2020 from a year earlier. Frito-Lay’s US Snack Index survey (yes, that’s a real thing) revealed that 40% of Americans are snacking more than they did last year. Clearly, pandemic fatigue has consumers craving a sweet pick-me-up or a salty snack to accompany their Netflix marathon.

So how are candy and snack brands using digital advertising to drive sales? Let’s dive into Pathmatics Explorer to see how three popular brands  — Hershey’s chocolate bars, Cheetos, and Planters — advertised their products throughout the last year. 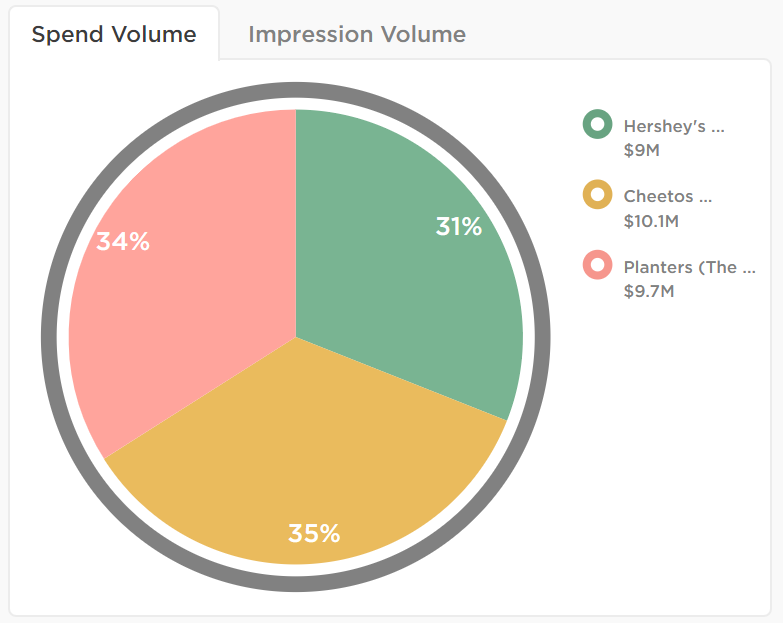 All three of the brands we looked at had similar digital advertising budgets in 2020 and 2021.

The Hershey Company spent $9 million on ads for its chocolate bar (31%). Frito-Lay spent $10.1 million (35%) promoting Cheetos, while Kraft Heinz shelled out $9.7 million on digital ads for its Planters brand.

However, that's where the similarities end. Each of these brands took a totally different approach to ad formats, spending timelines, and creative strategies.

Hershey’s chocolate bar ads take the bitter with the sweet

Hershey’s top creatives for its famous candy bar featured comforting treats and recipes like chocolate cupcakes, milkshakes, and brownie bites. As families started to go stir-crazy being stuck at home, Hershey's creatives focused on making the best of things with ads for backyard s'mores and reminders to enjoy the time together.

Hershey’s ad spend spiked in May, right in time for #smoreseason. Spending bottomed out around the holidays as parent company Hershey’s Co. diverted digital advertising dollars to promote its Kisses brand instead. Ad spend ramped up again in January and February with Hershey’s “Heartwarming the World" campaign. 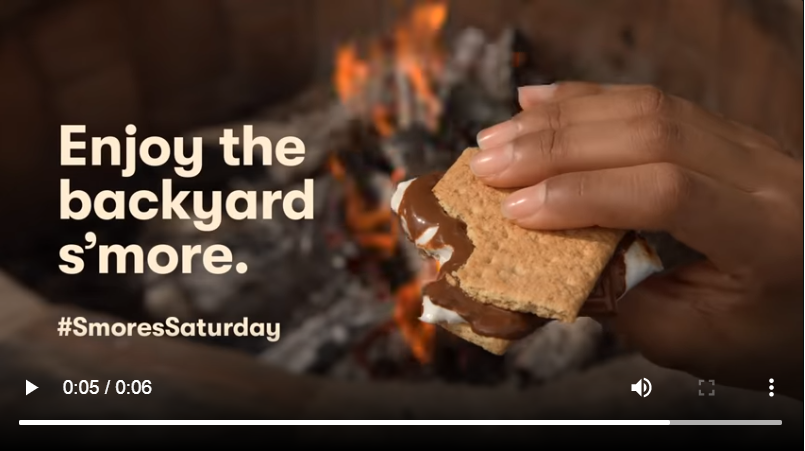 Hershey's relied heavily on digital video (75%) to promote its candy bars, followed by Instagram (18%). In addition to YouTube and the ‘Gram, ads also appeared on Target, Apartment Therapy, and Kitchn. Hershey’s also targeted academic sites like Rate My Professors and Citation Machine, perhaps hoping to entice college students in need of a sweet study break.

Cheetos ads took the total opposite approach from Hershey's. Instead of bringing people together, its top creative in terms of spend features a disgruntled dad interrogating his family to find out who ate all the Cheetos: 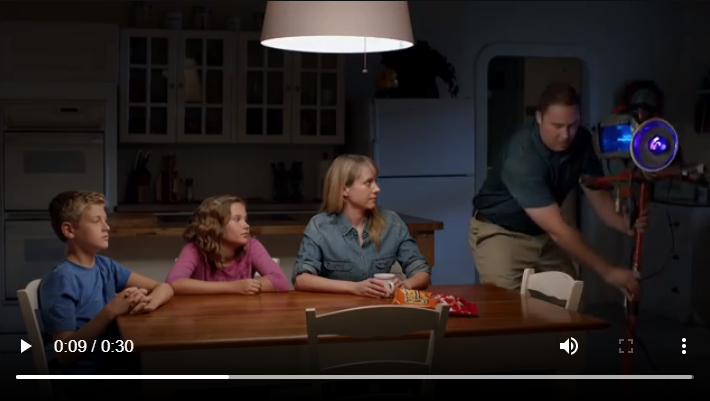 While Hershey’s decided to drastically slash spending for its candy bar creatives in December, Frito-Lay went the opposite direction and poured $2.2 million into Cheetos ads during that month. This was by far the brand’s highest spending in all of 2020 and more than double its spending in any other month.

Cheetos also differed from its competitors in terms of where it chose to advertise. Cheetos split its advertising budget fairly evenly between YouTube (43%) and Instagram (35%), followed by Facebook (18%). Ironically, Cheetos also ran ads on Yahoo Health — the only of these three junk food brands brave enough to do so. In contrast to Hershey’s and Planters, Cheetos chose not to run ads on Walmart, Hulu, or Jet.com.

Planters created quite the stir last year when it killed off Mr. Peanut — whose real name is Bartholomew Richard Fitzgerald-Smythe — and then brought him back to life in a Super Bowl ad as the adorable, saucer-eyed Baby Nut. Many of its creatives in 2020 and 2021 revolved around this storyline.

Over the course of 2020, we watched Baby Nut grow up, celebrate his 21st birthday, and turn into a middle-aged nut named Bart just in time for the holidays. Will he become the Mr. Peanut we all know and love again in 2021? We’ll have to wait and see how it unfolds.

In the meantime, we took a look at Planters’ site spend to see where the brand was advertising. Unlike both of its competitors, Planters eschewed YouTube in favor of Twitter. Only 13% of the brand’s overall ad spend went toward desktop video. Instead, it funneled 40% of its ad spend into Twitter ads, with smaller portions of its budget split between Instagram (15%), desktop display (11%), Facebook (10%), and mobile display (10%). Of the three brands we looked at, Planters was the only one to advertise on Reddit, Amazon, and IMDb.

Looking at Planters’ advertising trends over the last year, spending dropped off after the 2020 Super Bowl and stayed low until July. From there, it increased steadily. Spending peaked in December to shellebrate “the nuttiest time of the year” and promote limited-edition seasonal offerings like its festive brittle nut medley and winter spiced mix.

What about the rest?

Here’s a snapshot of the top ten advertisers for consumer packaged goods in terms of spend:

As you can see, there’s a whole lot of candy and snack brands including Hershey’s, Nestle, and Mondelez. No surprises there.

With the demand for sweets and snacks on the rise, we can expect to see more brands turning to digital advertising to feed sales.

Want to know how your favorite brand is spending? Schedule your custom insights session for a look at the latest trends--and our new deeper taxonomy--from the companies you care about most.