Up until recently, cruises were the fastest-growing segment of the travel industry. But as the world closed its borders in response to COVID-19, the fallout created an elevated level of concern amongst the public surrounding the health and safety aboard cruise ships. As expected, there's been a significant financial impact for all cruise lines, making it challenging for these brands to attract travelers and thus result in closures.

What's more, many small island nations throughout the Caribbean depend on cruise lines, which positively affect their economy. The CDC issued its Framework for Conditional Sailing Order that extended the no-sail order for cruise ships until November 1, 2021. However, those orders can be rescinded or modified at the discretion of the CDC Director.

Cruise lines were one of the first and hardest hit industries by COVID-19. We'll take a look at how some of its key players pivoted their ad strategy from the early days of the pandemic up to the present day.

Carnival Cruise Line's revenues tanked during the pandemic. The company's ticket sales plummeted 74% in 2020, not surprising considering the cruise line couldn't operate for three-quarters of a year.

However, Carnival's January 2021 financial statement reported that 60% of bookings made in Q3 were new bookings, not reschedules, giving the most unambiguous indication of how fast travelers will flock back to cruise ships when the opportunity returns. But we're getting ahead of ourselves. How did Carnival deal with the global health crisis from the start to the present day? 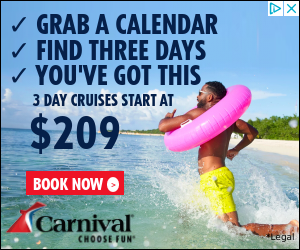 Analyzing top creative from 2020 to early 2021 brings up an interesting video spot of Holland America Line, a Carnival subsidiary, advertising world-class cruises to Alaska. The video proudly displays its awards and accolades, including Best In Alaska by Cruisers' Choice Destination Awards. The ad drums up excitement for the 2021 cruise season, but, in a cruel twist of fate, shortly after the campaign ended, the Canadian government announced an extended ban on cruise ships until at least 2022, only weeks before its initial restrictions were set to expire. Cue sad trombone.

Another top creative from this period included Carnival pushing 3-day cruise packages starting from as low as $209. We're thinking the brand is eager, understandably, to recoup their losses with amazing vacation deals beginning with the lowest hanging fruit and where a majority of their revenue comes from – ticket sales.

Looking at ad spend, Carnival was riding a high in early 2020, allocating nearly $3 million in desktop display ads in January alone. But as rumors of an unknown respiratory illness quickly turned into a full-fledged global pandemic, spending across all channels dramatically declined until nearly bottoming out in June with only $5,000 in desktop display spend for the month.

Spend began to trend up slightly in the fall, ending with over $500,000 in desktop display spend in March 2021, directing most of the month's ad dollars towards a YouTube campaign starring basketball legend Shaq.

In terms of direct versus indirect ad spend, 39% of Carnival's spend share was funneled through direct sources, while the remaining 61% was dedicated to demand-side platforms and ad networks. Over the 15 months, house hunting website Zillow earned 43% of total paid impressions, with Yahoo coming in at a distant second claiming 12% impression share.

Royal Caribbean Cruise Lines implemented a voluntary suspension of its cruise operations beginning March 13, 2020 through at least April 30, 2021. After a long, outbreak-caused hiatus, the cruise liner announced their summer lineup starting in June on the condition that all adult guests must be fully vaccinated and guests under 18 must show negative test results. 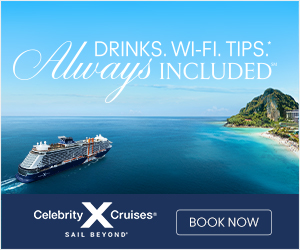 Even if Royal Caribbean was down for the count most of the year, their top creative didn't allude to any mention of the pandemic, with one Celebrity Cruises video spot advertising an all-inclusive experience with drinks, wifi and tips included.

Royal Caribbean invested just shy of $11 million into its digital ad campaigns between January 2020 and March 2021. Compared to Carnival, Royal Caribbean's ad spend strategy was more diversified, with 57% of ad spend going to desktop display, 17% to Facebook, and 16% to desktop video. Mirroring industry trends, the cruise liner's spending levels decreased during the pandemic's early days but spiked throughout the late summer, fall and holiday season. Even with the company's announcement to set sail in June, spending across all channels has sharply declined since the beginning of the new year. 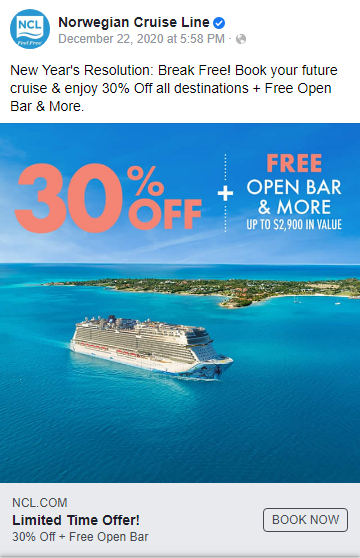 In a heart-warming act of camaraderie, Norwegian Cruise Lines partnered with rival Royal Caribbean back in July to consult with top epidemiologists and former U.S. health officials to craft a public health proposal for the CDC that would let them resume sailing.

Along with Royal Caribbean, Norwegian is charting a path back to safe travels, requiring guests to be fully vaccinated before embarking on vacation with them.

Top creatives run during the pandemic align with the approach we saw Carnival take, leaning into a value-add strategy, promoting steep discounts on vacation packages and an open bar. I mean, really, all they had to say was "open bar." However, advanced bookings will be critical to relieving the cruise liner from the massive debt it's had to incur to remain afloat over the past year.

Unlike its competitors, Norwegian Cruise Lines went into full belt-tightening mode when the pandemic paralyzed the country and halted all discretionary travel. Norwegian's strategy has remained very conservative since, with monthly spend never exceeding $340,000 in any channel.

To bolster customer support after travel restrictions are lifted, cruise lines will need to continue awareness campaigns and reduce their prices to compete and draw demand back to the industry. Cruise lines like Carnival and Norwegian have already started to advertise huge discounts on their cruise packages for 2021. Despite the uncertainty surrounding when sailing will reconvene, a poll conducted by CruiseCritic.com reveals 75% of cruise passengers are interested in cruising after COVID-19 ends. For both cruise lines and customers, calmer seas lie ahead.