If you’ve bought a pack of hot dogs or bologna in the last few months, you might have noticed something different. That’s right — Kraft Heinz recently added the iconic Weinermobile to new packaging for its Oscar Mayer meats and cold cuts.

See if you can spot it below: 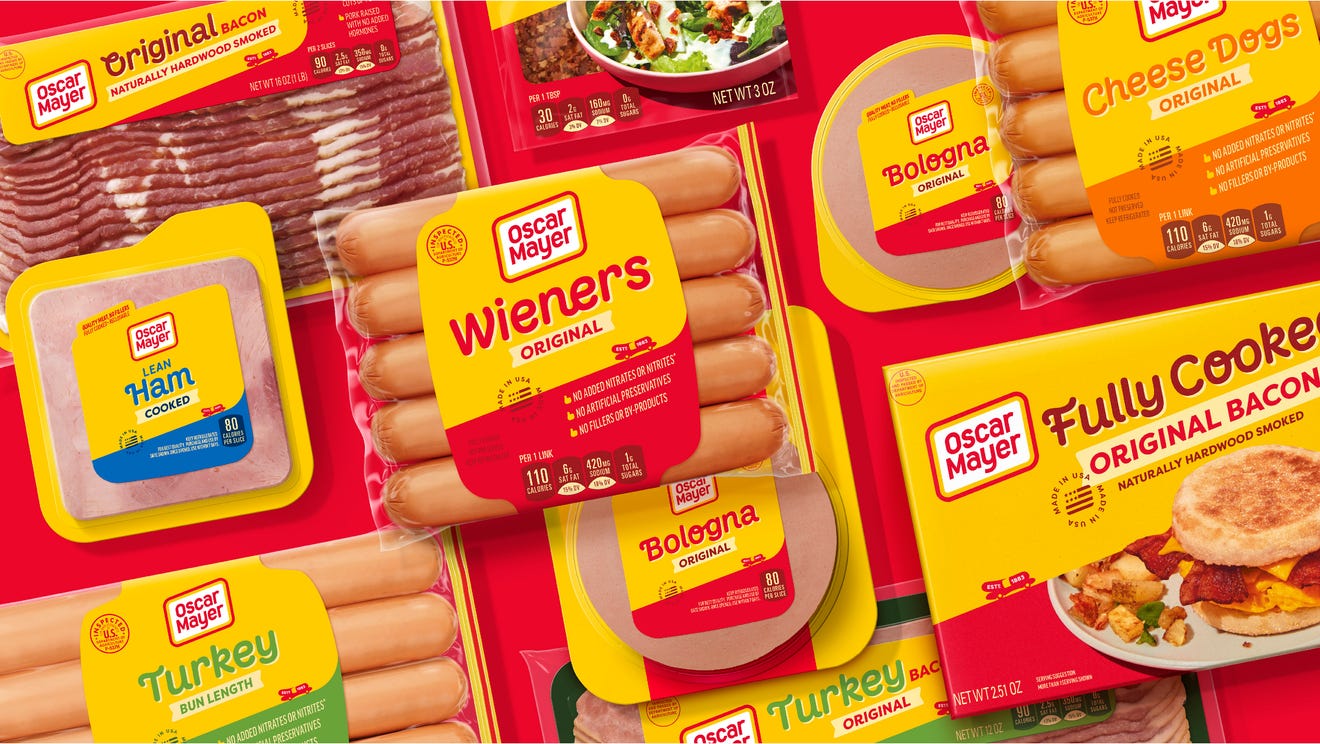 It’s an addition that was, frankly, long overdue.

The new packaging is part of a massive overhaul of some of Kraft Heinz’s oldest brands, starting with the bologna empire. An article in Ad Age indicates that the food company is “planning to spend $100 million more on marketing than it did in 2019” to promote its rebrand effort.

Naturally, as soon as we got a whiff of this news, we had to know: Has Kraft Heinz rolled out any fresh ads for Oscar Mayer? And how is it shifting its digital advertising strategy to support the rebrand? We dove into Pathmatics Explorer to find out.

Kraft Heinz is spending more on digital ads in 2021

First, we looked at ad spend and trends for Kraft Heinz as a whole. So far this year, the company has spent a total of $86.8 million on digital advertising. This makes it the #12 advertiser in CPG, and #9 for Food & Beverages in terms of spend.

Right away, you’ll notice that the top five brands under Kraft Heinz all have something in common: cheese.

Oscar Mayer is conspicuously absent from the list. The brand, which was #1 in spend during 2020, has dropped all the way down to #13 this year. So what's going on?

Zooming in, we can see that this shift happened at the start of the year. After a period of relatively high ad spend from July through December 2020, spend for Oscar Mayer dropped to $0 in January 2021 as Kraft Heinz apparently pulled all ads for the brand. Oscar Mayer received only $300 in spend in February, $8500 in March, and $45K in April. Then in May, spend shot back up to $753K.

The increase in spend coincides with the rollout of the new “Keep It Oscar” campaign at the end of April.

Pathmatics Explorer picked up the first ad for this campaign on April 28. Looking at creatives from 2019 through 2021, you can see just how much Oscar Mayer’s advertising has changed:

The brand that put a hot dog on wheels is bringing back the fun with bold colors, playful typography, and the whimsical sense of humor that made Oscar Mayer famous in the first place.

Although it didn't revive its O-S-C-A-R jingle, the brand stayed true to its musical roots. Its top creative features a choir dressed in the brand's signature ketchup-and-mustard color scheme singing "Yum" on repeat as someone pushes a cart full of cold cuts. Another shows a turkey sandwich spinning on a record player as it gets slathered in mustard.

As part of the “Keep It Oscar” campaign, Oscar Mayer rolled out a series of six- and sixteen-second video ads. This is the first time the meat company has leveraged desktop video.

What’s next for Kraft Heinz?

Oscar Mayer is the first brand to get a refresh, but others are coming soon.   Over the next 18 months, Kraft Heinz plans to overhaul 80% of its brands. We'll keep an eye out to see if it follows a similar advertising strategy for these other brands, including Kraft and Philadelphia.

If you’re hungry for more advertising insights in the meantime, schedule a custom insights session.