Amazon created the first Prime Day to commemorate the company’s 20th anniversary on July 15, 2015. Promoted as “bigger than Black Friday,” the day-long event promised exclusive sales to Prime members on a wide variety of products. Despite the early criticism of the deals offered, the sale day became an ever-growing cultural and economic phenomenon. Every year shoppers could expect deals on everything from apparel to books to household wares and smart home tech. Prime Day has grown to spawn deal days at competitor retailers and has forever altered the way many consumers shop.

Prime Day has reached a ubiquity usually only associated with major holiday sales, and Amazon invests a portion of its digital advertising budget annually to promote the event. With that in mind, let’s take a look at Prime Day’s dynamic growth over the years by tracking Amazon’s digital advertising for the event in 2015, 2018, and 2021. 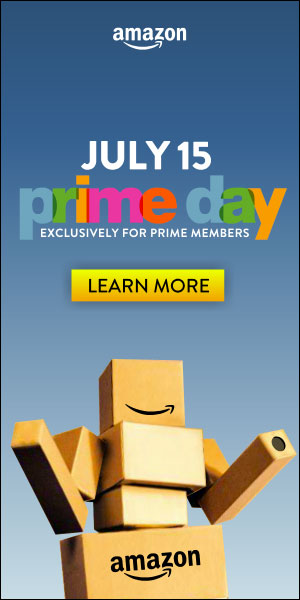 The first Prime Day was a one-day event on July 15, 2015, and all eyes were on the tech giant to see how the initiative would perform. For its digital ad strategy, Amazon spent the majority (97%) of its digital advertising on the day of the event itself! Overall, Amazon spent over $1.2M in digital advertising with most of the budget going towards Desktop Display ads, and the rest went to Desktop Video ads ($17K) and Mobile Display ads ($15K). 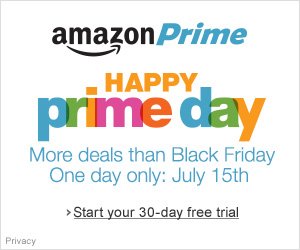 For its Desktop Display ads, Amazon started investing about a week before the event with $500 and then gradually raised the spend. On July 11th the company spent $4.5K, and then dramatically increased to its peak spend on the day of with almost $1.2M. For the digital ads that were shared during this time, the company’s top creative was also a Desktop Display ad, which was worth $857K, and was published on Prime Day. The ad, along with others, invited consumers to click and see the available deals. Interestingly, no specific items or deals were shown in any of these ads. Yet, despite not showing any specific items, Amazon invested $22K on its first-ever Prime day ad promising “more deals than Black Friday,” with free 30-day trials for non-Prime customers. It seems to have worked. 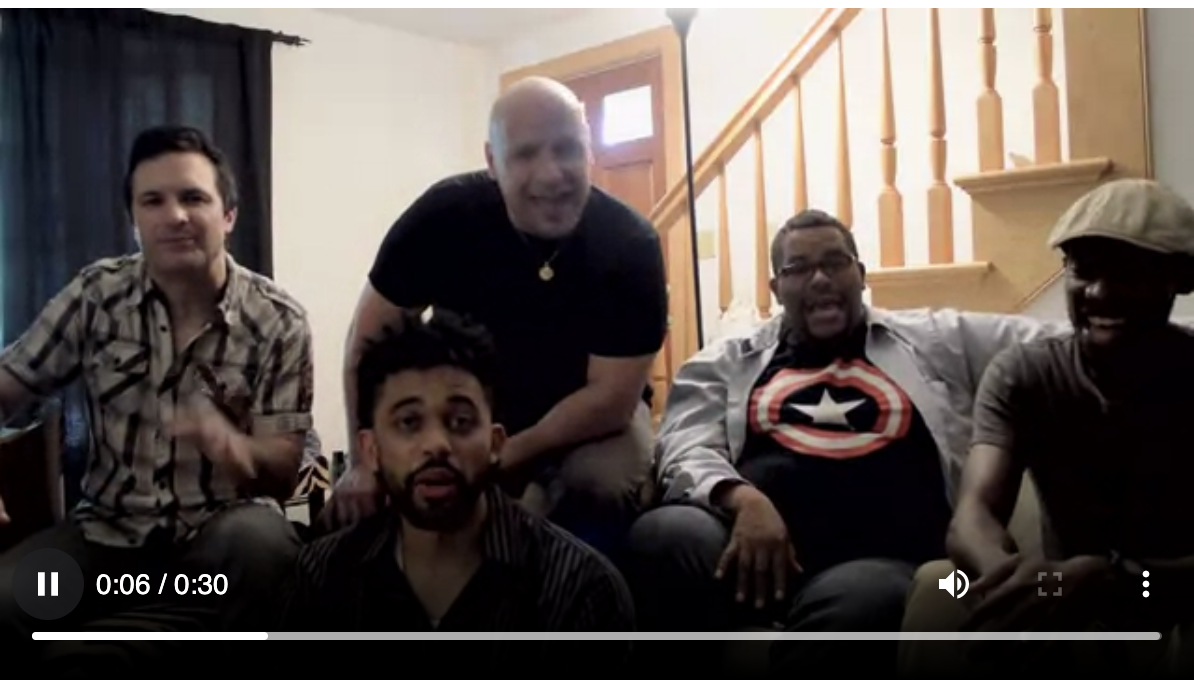 One outlier ad for Prime Day was a YouTube Desktop Video ad ($16K) from the A cappella group, Ball in the House, that shows them singing about Prime Day. The video ad was found on a variety of popular channels including Markiplier, SiaVivo, and TheEngineeringFamily. Amazon’s top sites for its first Prime Day digital ads were AOL.com (87%, $1.1M), CNN.com (7%, $90K), YouTube (2%, $19K).

Overall, Amazon spent over $2M on its digital ads for Prime Day in 2018, this time with ads appearing two weeks in advance of the event. Desktop Display ads were slightly reduced in comparison to 2015; however, they still ruled the budget, making up 71% ($1.5M) of it. Amazon also pumped the gas on their Desktop Video ads that year, with them making up 25% ($516K) of the budget. Mobile Display and Mobile Video rounded out the spend with 1% ($23K) and 3% ($72K) respectively. 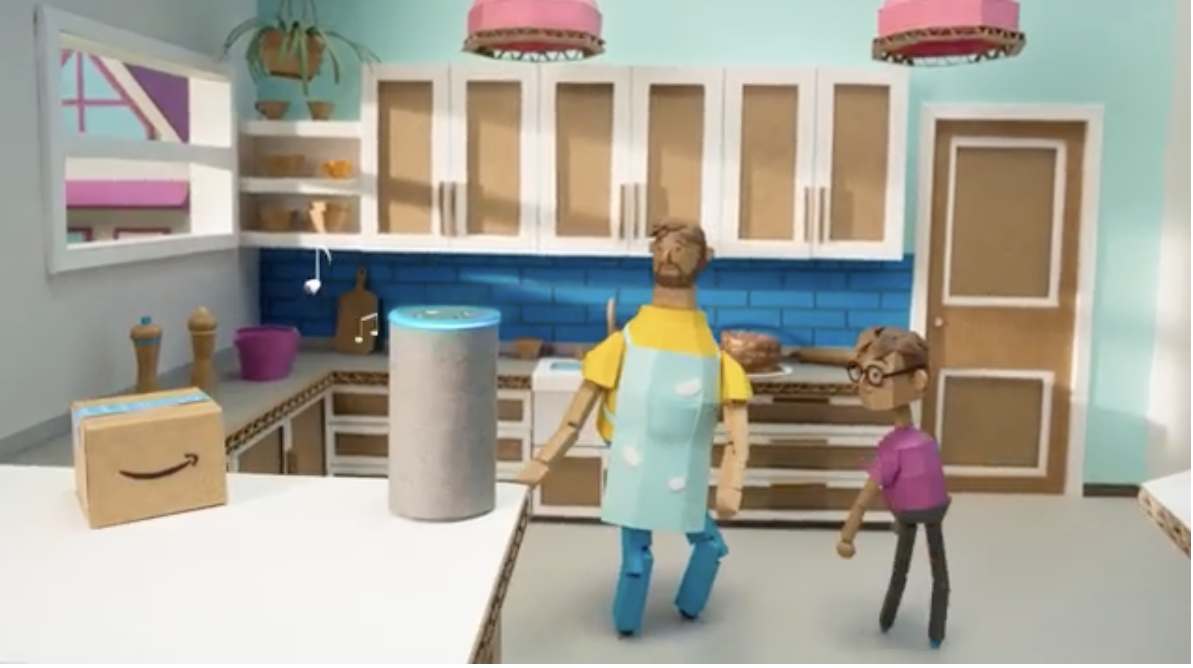 Amazon’s top creative for Prime Day 2018 was a Desktop Display/Video combo ad on YouTube ($1M) that spearheaded the company’s video campaign for the event. The video advertised the wide variety of sale offerings while featuring a whimsical cast of people living in a world constructed within a cardboard Amazon box. The company also invested over $85K on a Desktop Display ad that appeared two weeks in advance of the shopping holiday. Interestingly, to capitalize off of Whole Foods (which Amazon acquired in 2017), the company invested almost $57K in an ad that offered Whole Foods shoppers $10 to spend on Prime Day if they spent $10 at the grocery store.

In the end, Amazon’s spending pattern for Prime Day 2018 was similar to 2015, with gradual spending leading up to the event and a major spike on the day of. Desktop Display ads started at almost $11K on July 5th and gradually increased to $12K on July 14th before peaking at $1M the next day. Desktop Video ad spending stayed consistent from $12K to $50K from July 3rd to the 17th. Amazon’s top sites for Prime Day 2018 included YouTube ($1.6M), MLB.com ($259K), and TheVerge.com ($51K).

With the onset of the COVID-19 pandemic, 2020 changed everything. As would be expected, Prime Day was also affected, and the event was shifted to October 2020 rather than its usual summer slot. However, as the world returned to a shaky sense of normalcy in 2021, Prime Day returned to its summer slot on June 21st and 22nd with major changes.

Unlike previous Prime Days, Amazon dramatically reduced its digital advertising around the event. Going from millions in spending in the past, the company only spent $129K promoting Prime Day 2021 with 94% ($122K) of the budget being spent on Twitter. While Desktop Display ads were a big deal for Amazon in the past, this year it budgeted less than $100 on display ads for one site, dailycaller.com. The remainder of Amazon’s budget went to Instagram, which made up 6% (almost $8K).

Amazon featured a diverse set of quirky creatives for Twitter. The company’s spending strategy echoes its previous years’ spending with an initial push the week before Prime Day and on the week/day of. The spend started at $14K on June 16th and then reached its peak the next day at $32K. The spending dropped to $3K the day before Prime Day but jumped back up to $15K on June 21st and $18K on the 22nd. The top creative was a $21K Twitter ad that appeared the week before Prime Day, getting shoppers to work out their “click fingers” for the sales. For a new kind of experience, the tech company produced a special “Prime Day Show” that debuted on June 17th. The show promoted Prime Day while featuring a three-part concert with performances by Kid Cudi, Billie Eilish, and H.E.R. and could potentially explain the peak spend on that day.

Shop ‘til you Drop!

As Prime Day maintains its ubiquity during the annual shopping calendar, it will be interesting to see how it plays into Amazon’s overall digital ad strategy for the future. Was the smaller digital ad budget in 2021 due to the pandemic, or is Amazon beginning to divest its budget around Prime Day? While news coverage around the event usually announces the days, it’s likely a portion of consumers rely on the digital ads to know when Prime Day will be.

We’ll keep our eyes on how Amazon digitally advertises Prime Day moving forward, along with the rest of its services and products.