How the Top Female-Led Brands Are Advertising in 2021

This March marks the 34th annual Women’s History Month. But instead of sitting back and celebrating the past, women are busy breaking records and making history in business.

As of 2020, there were 12.3 million women-owned businesses in the US. The number of women-owned startups climbed by 21% over five years, while firms owned by women of color grew by 43% during that same time period.

Women are also rising up the ranks and occupying more leadership positions than ever before. This year, 37 companies on the Fortune 500 list had female CEOs — compared to only two twenty years ago.

In honor of Women's History Month, let's take a look at how some of the top women-led brands are using digital advertising effectively.

The automaker, whose CMO is also female, has spent $4.5 million on digital advertising so far this year, with many of these ads boldly touting its electric vehicles. GM’S advertising budget was spread across display ads (58%), Facebook (14%), mobile display (12%), desktop video (9%), Instagram (6%), and Twitter (1%).

In terms of creative strategy, GM is crushing it — literally: 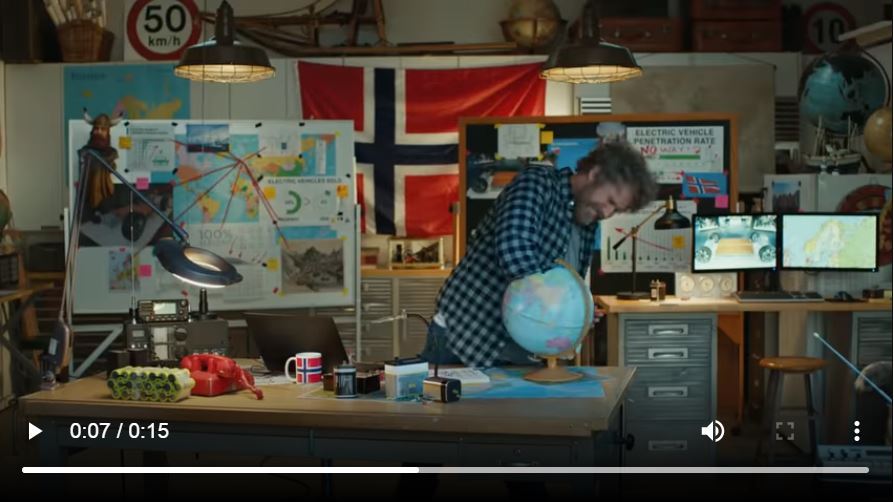 This particular ad — which features an indignant Will Ferrell smashing a globe when he discovers that Norway outpaces the US in electric vehicles and promising he won’t stand for it — was one of GM’s top creatives so far this year in terms of spend. The EV-focused campaign sparked responses from Audi Norway, Circle K stores in Denmark and Norway, and even Scandinavian school kids.

Hershey Company President and CEO Michele Buck brings more than 25 years of consumer packaged goods experience to the table. Perhaps that’s why, of all the female-led brands we looked at, Hershey’s had the largest digital ad spend at $59.3 million so far this year.

The brand has favored Instagram, with 52% of its advertising budget invested in this channel ($31 million), followed by desktop video (29%) and Facebook (14%).

To celebrate International Women’s Day this year, Hershey’s created a short inspirational film along with a batch of limited-edition 'Celebrate HerSHEy's' bars. However, we didn’t see any mention of this sweet campaign in its top creatives.

However, the brand is best known for another famous woman: its delightfully quirky salesgirl, Flo. Not surprisingly, four of the brand’s top creatives so far this year feature The Progressive Girl. 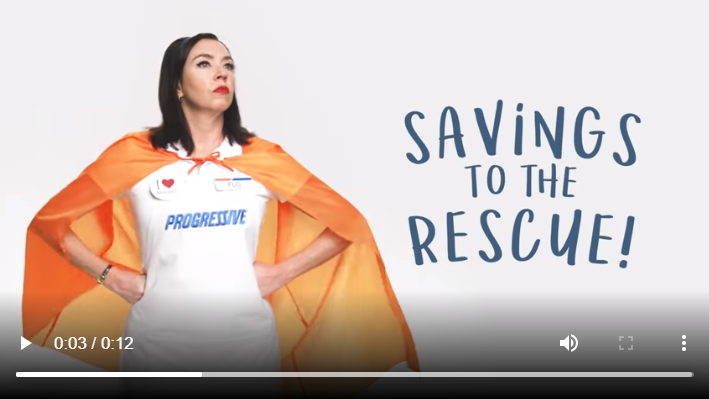 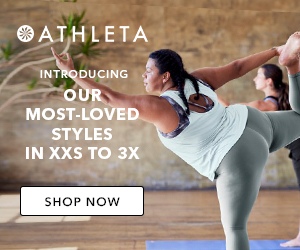 The fashion industry has long been called out for its lack of diversity, but Gap CEO Sonia Syngal is working to — ahem — close the gap. In 2018, the company established a diversity council to ensure all of its seven brands advertise, merchandise, and hire inclusively.

So, is it working? Parent company Gap Inc. has spent $15.8 million on digital ads across its brands in 2021. Indeed, its top creatives feature a variety of skin tones and body types — as seen in this ad for Gap's female activewear brand Athleta:

Social media comprises the majority of Gap’s ad spend, with 59% of its ad budget going toward Instagram ($3.4M) and 24% on Facebook ($1.4M). Gap also advertises across a number of Hearst, Conde Nast, and Rodale publications.

Under the strategic guidance of CEO Safra A. Catz, Oracle has grown its revenue to $39.1 billion — making it the second largest software company behind Microsoft.

Oracle’s top creative so far this year features a woman working remotely with the message “When your deck is your desk” — perhaps hinting at the company’s support for hardworking women.

Interestingly, three of its top ten creatives feature Oracle customer Land O’Lakes — another female-led Fortune 500 company. Whether this is by coincidence or on purpose, it shows how prominent women-led businesses are becoming.

While there’s still much work to be done in terms of gender diversity and inclusion, female-led businesses are thriving. Each of these women-owned brands has taken a different approach to their spending, channel mixes, and creative strategies.

Of course, these five brands only represent a small segment of the millions of women-led companies that exist today. If you'd like to see how your favorite brand is advertising, check out Pathmatics Explorer.

*Data pulled from Pathmatics Explorer from January 1 to March 20, 2021.