For job seekers and recruiters, job networking sites like Linkedin, Indeed, and Ziprecruiter have become indispensable — especially since the pandemic has canceled conferences and other in-person networking events.

In fact, 60% of job seekers today search for or find out about job openings through online job boards, according to JobVite’s 2021 Job Seeker Nation Report. Likewise, more than a quarter of workers applied for their current job through a job board.

We know that LinkedIn, Indeed, and ZipRecruiter have each invested millions in digital advertising this year. Pathmatics collects data for these three advertisers, so we compared the sites to see where and how they’ve been investing in digital ads since the beginning of 2021*. 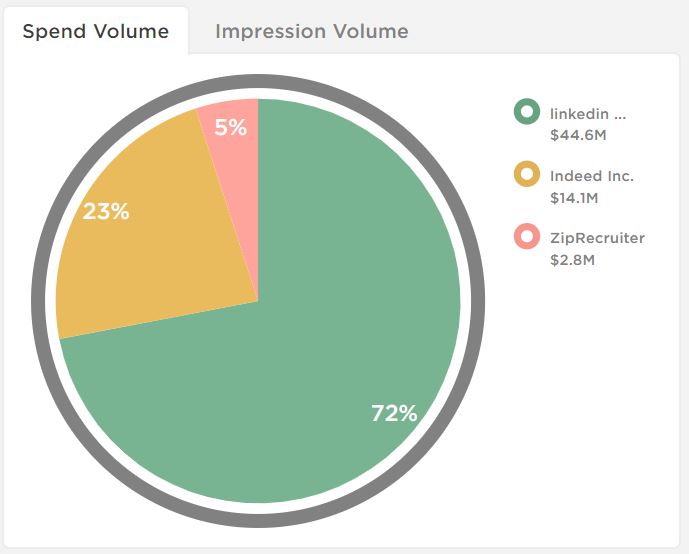 What immediately stands out is how much more LinkedIn is spending than its competitors. LinkedIn blew the other job sites out of the water by investing a whopping $44.6M (72%) this year to date. Indeed, on the other hand, spent $14.1M (23%), while ZipRecruiter lagged behind at a mere $2.8M (5%).

Spending for LinkedIn and Indeed was fairly comparable between January and March, with Linkedin spending $11.4M and Indeed spending $10M. However, that’s where the similarities end. You can see that LinkedIn surged ahead in April, while Indeed pulled back on its spending.

The jump in LinkedIn’s spending corresponds with the announcement of its new skill-building platform, LinkedIn Learning Hub, which is currently in beta with existing customers and expected to launch in the second half of the year. Notably, LinkedIn spent more on digital advertising between April and Mid-May ($28.5M) than it did in all of 2020 ($26.6M).

Facebook was the preferred advertising platform for all three job networking sites. Both Linkedin and ZipRecruiter funneled the majority of their digital advertising dollars into Facebook, with 74% and 80% of their respective budgets going toward Facebook ads. After Facebook, Linkedin spent 10% of its budget on desktop video and 10% on desktop display. Ads mainly appeared on YouTube and Yahoo.

Likewise, ZipRecruiter spent about 11% of its budget on desktop display ads which appeared on sites like ESPN.com, news.yahoo.com, and local news sites like delawareonline.com and poughkeepsiejournal.com. This makes sense given that ZipRecruiter is targeting employers who want to hire local talent.

Indeed took a more balanced approach, spending 43% of its budget on Facebook. As you can see, Indeed leveraged Instagram much more heavily than the other two sites (28%) followed by desktop video (22%). In addition to Facebook and Instagram, Indeed’s ads appeared on YouTube, twitch.tv, and Hulu.

In terms of creatives, there were some notable differences between the three job sites’ approaches. LinkedIn experimented with far more creatives (1518) than Indeed (126) or ZipRecruiter (289). Naturally, most of LinkedIn’s creatives focused on promoting its new LinkedIn Learning Hub. 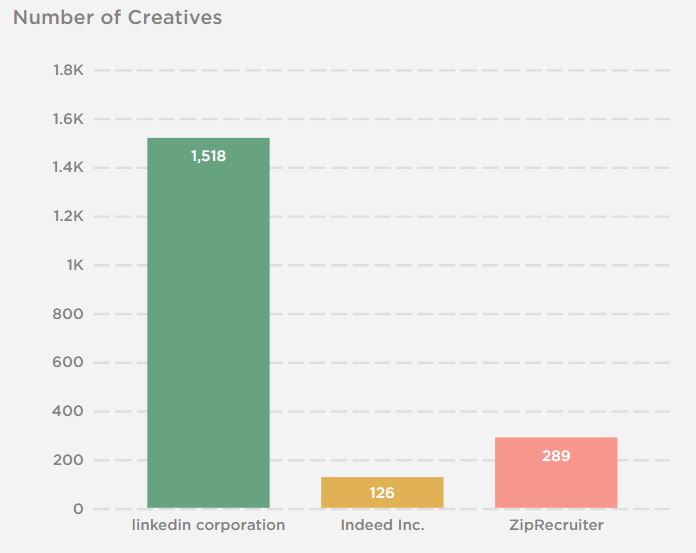 Its top creatives all followed the same format in terms of copy and design, only swapping out the target customer and skill set: 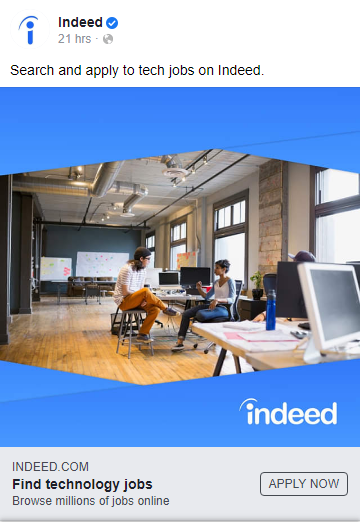 This particular ad, which started running in March, received $1.5M in spend and 204M impressions.

Perhaps trying to differentiate its brand from other job boards, ZipRecruiter took a different approach and advertised to employers rather than job seekers. The job posting site devoted significant ad real estate to touting its claim that “4 out of 5 employers who post on ZipRecruiter get a quality candidate through the site in the first day”. Its bold, punchy colors and playful imagery further distinguish ZipRecruiter from the other two job sites. 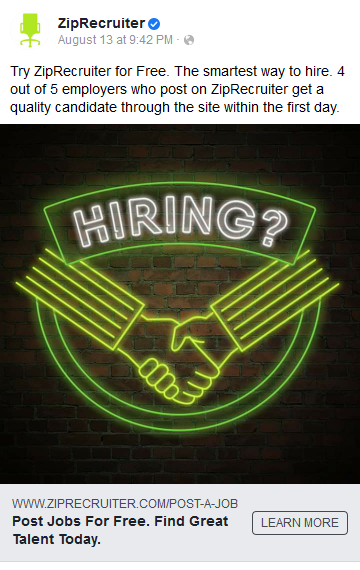 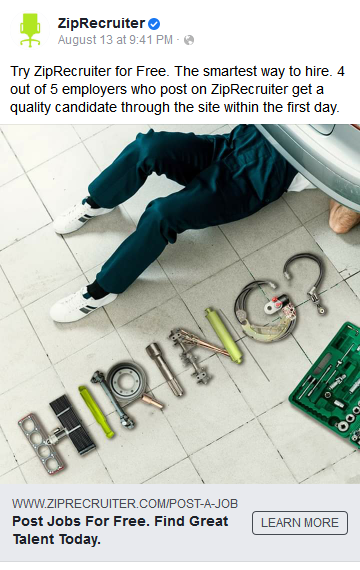 A quarter of American workers plan to look for a new gig after the pandemic, according to a recent survey. And whether they're applying for a job or seeking out additional skills training, there's a good chance they'll visit at least one of these job networking sites. So how will LinkedIn advertise as its Learning Hub gets closer to launch? And will Indeed and ZipRecruiter continue to lay low or will we see them ramp up spending to capture additional market share? We'll keep an eye on Pathmatics Explorer to find out.