During the height of the COVID-19 pandemic, many parents — weary of playing cards, puzzles, and board games — were desperate for something to keep kids active and entertained.

KiwiCo, Lovevery, and Little Passports are among the most well-known kids’ kits and all three have spent millions on digital ads during COVID-19, so we took a look at how these brands pivoted their ad spend throughout the pandemic and how their strategies compare to one another. 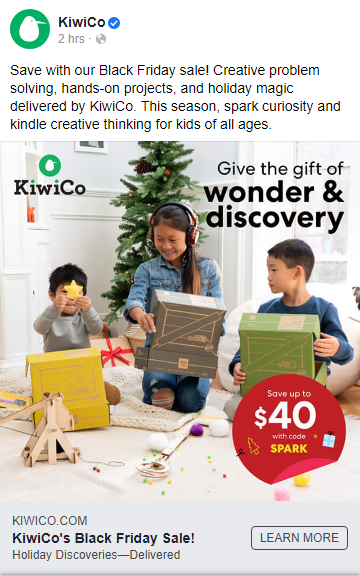 KiwiCo wants shoppers to give the gift of learning

While ad spend for all three kids’ kits increased during the pandemic, KiwiCo had the highest spending during this time period at $23.9M, making up 57% of the total spend volume. By comparison, Lovevery spent $11.2M and Little Passports spent $6.8M. This makes sense given that KiwiCo is the largest of these brands in terms of total sales. KiwiCo devoted the largest portion of its budget to desktop video ads (48%), followed by Facebook (31%) and Instagram (18%).

When schools transitioned to virtual learning in March, KiwiCo started ramping up digital ad spend to promote its STEM- and STEAM-based enrichment kits, jumping from $206K in February to $1.7M in May. Spending tapered off as the school year came to a close and declined throughout the summer, before skyrocketing to $5.5M in November. The holidays tend to be a time of peak customer acquisition for kids’ kits, so it makes sense to see KiwiCo promoting its subscription boxes as gifts. Even with the post-holiday slump, spending remained above pre-pandemic levels in January 2021 before shooting up again in February and March and tapering off headed into summer. 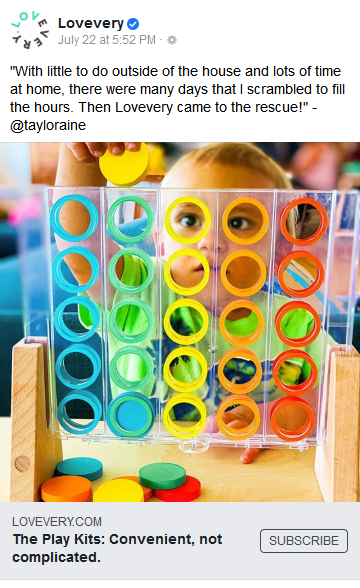 Looking at spending trends, Lovevery was slower to roll out digital ads than KiwiCo. This disparity may have a lot to do with each brand’s target market: Whereas KiwiCo offers subscription boxes for kids of all ages, Lovevery caters only to babies and toddlers, whose routines were simply not as affected by school closures early in the pandemic.

Lovevery started advertising on Facebook, desktop display, and desktop video in April, adding Instagram ads in May. Ad spend grew slowly but steadily throughout the summer. In September, Lovevery continued advertising on Facebook but shifted a larger portion of its budget toward desktop video ads. Considering that this push coincides with back-to-school season, it looks like Lovevery is counting on parents looking for a way to keep younger siblings occupied (and out of the way) during another year of virtual learning.

Unlike KiwiCo, Lovevery’s spend leveled off around the holidays and continued to grow in early 2021, reaching a peak of $1.1M in March. Lovevery’s top creatives during this time period reflect growing concerns around screen time as the pandemic drags on. Overall, Lovevery ended spending half its budget on Facebook ads, with another 34% on desktop video, 13% on Instagram, and 4% on desktop display. 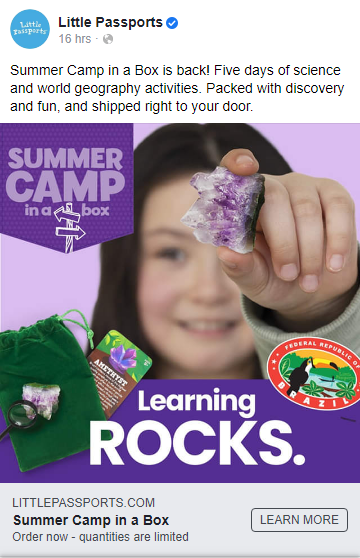 While both KiwiCo and Lovevery allocated significant capital toward desktop video, Little Passports went the opposite direction and barely ran YouTube ads (1%). Instead, it invested heavily in Facebook ads (87%) to promote its travel-themed monthly subscription boxes. Its top creatives highlighted indoor activities like geography lessons, science projects, and board games. 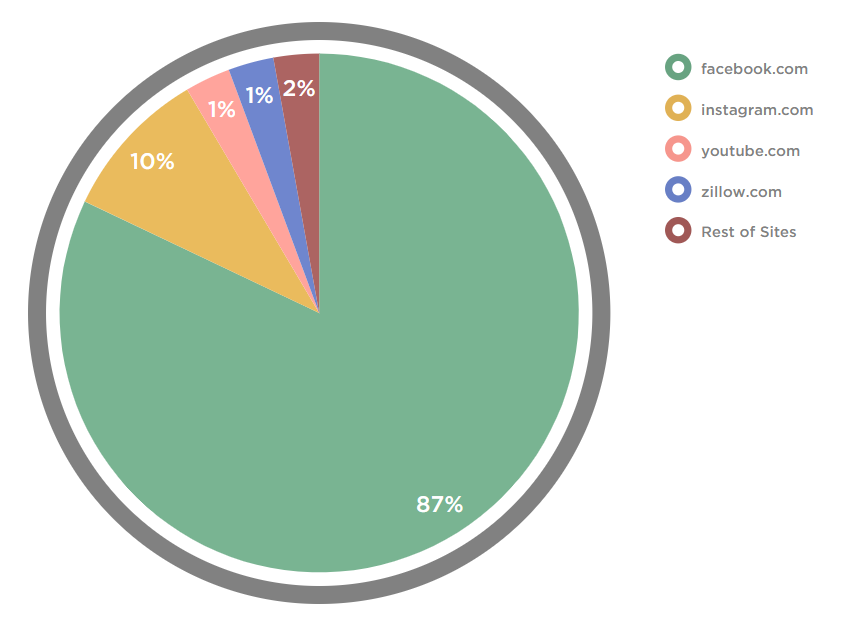 Ad spend for Little Passports shot up from $113K in February to $857K in April but declined throughout the summer, returning to pre-pandemic levels in August ($179K). Like KiwiCo, Little Passports hit a spending peak in November ($1.3M), running several holiday-themed ads for gift subscriptions, before tapering off heading into the New Year.

Unlike KiwiCo and Lovevery, though, LittlePassports’ spending continued to decline in early 2021, once again returning to pre-pandemic levels. Perhaps as more families are returning to traveling, there’s less demand for its adventures-in-a-box. Don’t count Little Passports out just yet, though: The brand has also been pushing its STEM-based Summer Camp in a Box, which provides enrichment activities whether families are staying home or hitting the road.

With summer in full swing and kids 12 and older eligible for vaccines, new options are opening up for families around the country. So will kids’ kits still be a hit once we can venture out again? Or will they be tossed aside like other trendy toys? Only time will tell, but we’ll stay tuned to Pathmatics Explorer to find out.