This mergers and acquisition activity report is part of our ongoing look at recent M&A deals. We use Pathmatics Explorer to analyze the impacts on digital marketing trends for the companies involved and help inform your own business development.

Mergers and acquisitions (M&A) are one of the best and fastest ways for businesses to grow stronger, increase revenue, access new resources, advance research and development, and grab market share, seemingly overnight.

They were mighty. And loved to morph.

When the going got tough, and some evil space alien flew into town, the Power Rangers would yell some gibberish and wave their arms around frantically, calling upon their respective dinosaur robots to save the day. Then when the going got really tough, those robots would merge into one single massive robot named Megazord, who wielded a freakin’ huge sword. All their foes would be instantly vanquished and the rangers would go celebrate at their local youth center.

That’s exactly how M&A works.  Especially when the going gets really, really tough.

There are few truly “recession proof” business strategies out there. But during an economic downturn or times of uncertainty or even just increased industry competition, turning to mergers and acquisitions is a great way to ensure stability and growth--and vanquish foes.

Often, M&A reports just share the price of the initial transaction and some tangential statistics, like employee totals (and not much else). But what we find just as interesting is how trends in mergers and acquisitions correlate to trends in business operations, specifically advertising.

So let’s dig into some recent high profile M&As and call upon our Mighty Morphin’ Pathmatics Explorer to get some behind-the-scenes data.

In an all-stock deal valued at $2.65 billion and completed in December 2020, Uber acquired Postmates.

As outlined in the deal, Postmates would continue to operate as a separate service under its own branding, with some back-end operations merging into its parent company.

We used Pathmatics Explorer to take a look at Uber’s advertising history surrounding the acquisition. 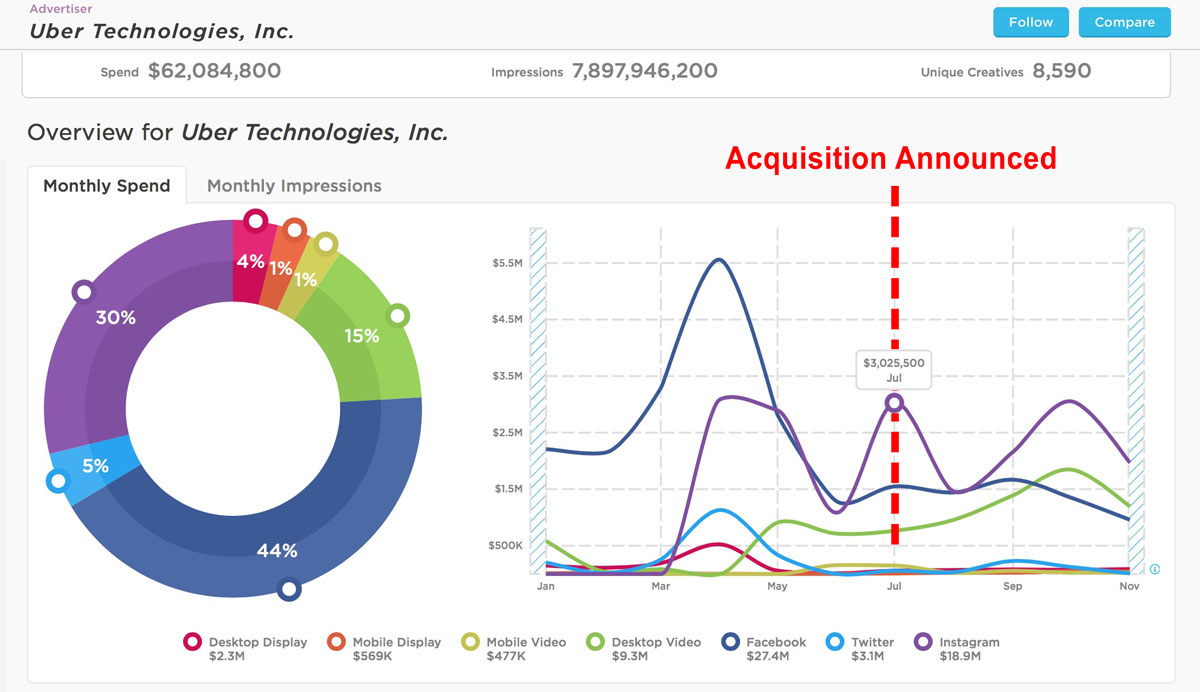 Above, we see in the 12 months surrounding the acquisition (which was first announced in July), Uber spent $62 million on digital advertising. The majority of this went to Facebook and Instagram, though it appears when the pandemic went into full effect (in April 2020), Uber drastically shifted advertising focus away from Facebook and towards Instagram and video streaming, like YouTube. 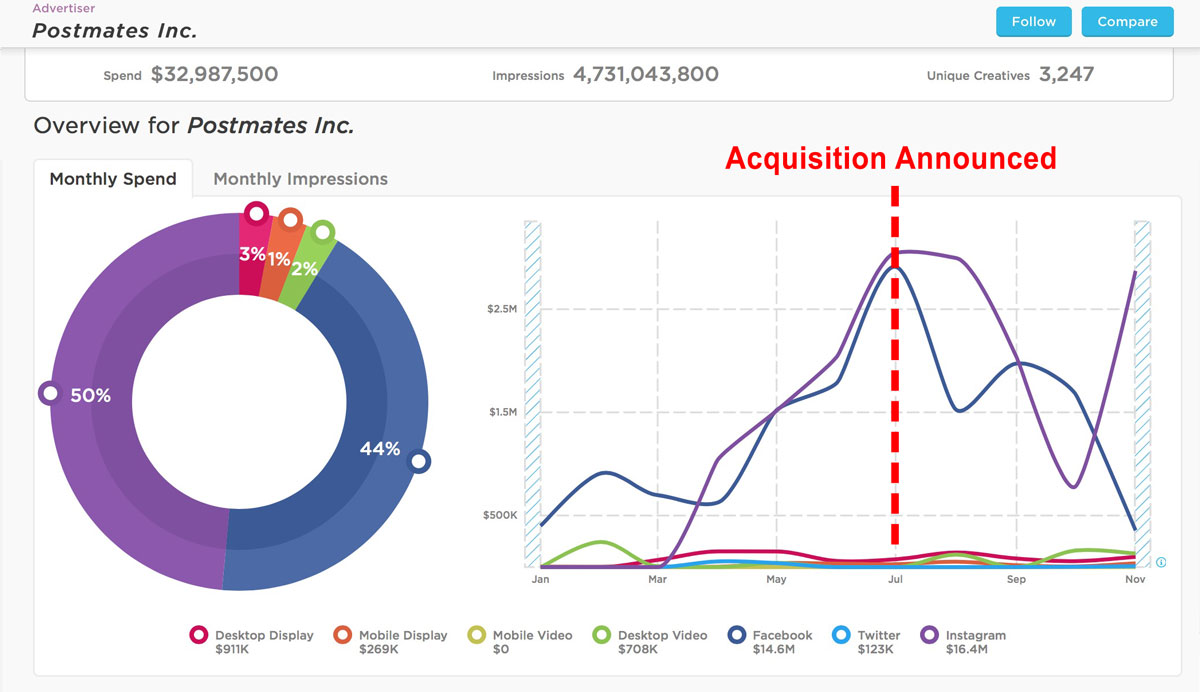 Notably, following the July 2020 acquisition announcement, Postmates followed a similar shift as Uber and drastically decreased advertising on Facebook in favor of Instagram.

Although Uber is probably best known for its ridesharing services, using Pathmatics Explorer to look at their top ad creative during this time, we can see their acquisition of Postmates should have come as no surprise. 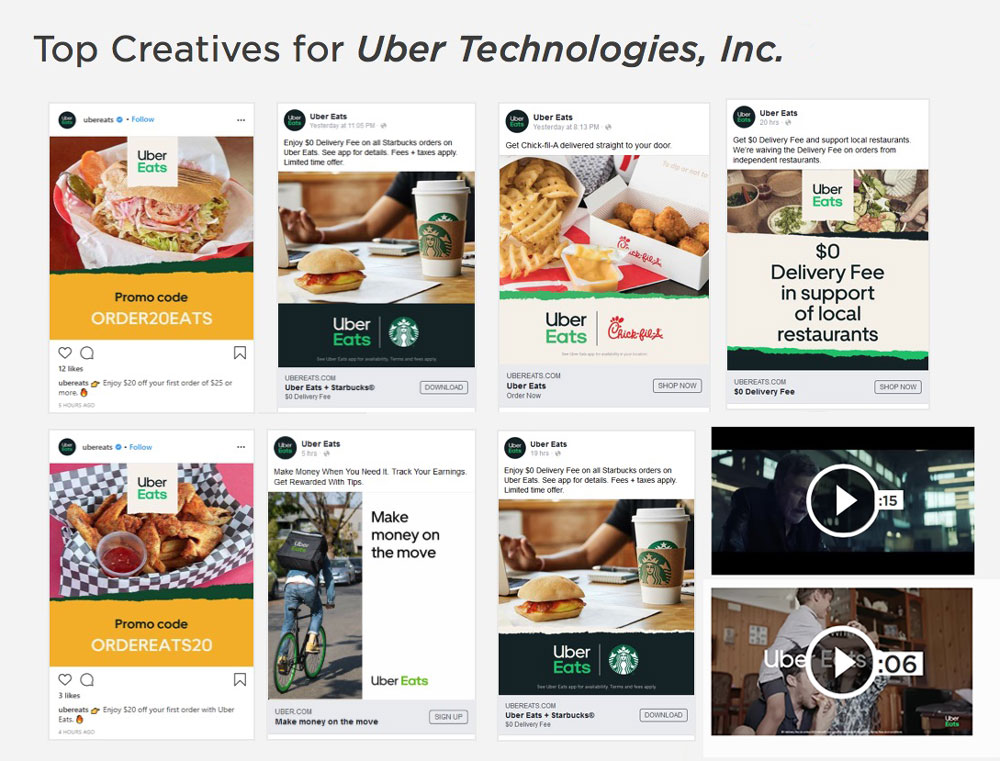 It’s pretty clear Uber was going all in on at-home food delivery — one of the few businesses to boom during the pandemic. In June 2020 they lost a bid to acquire GrubHub to Just Eat Takeaway. So acquiring Postmates was not only a great alternative way to grab market share away from their main competitors, but it was also a perfect example of recession proofing.

In January 2020 Google announced that for an undisclosed amount it was acquiring App Sheet, an eight-year-old app building platform that doesn’t require coding. The company was valued at $60 million. 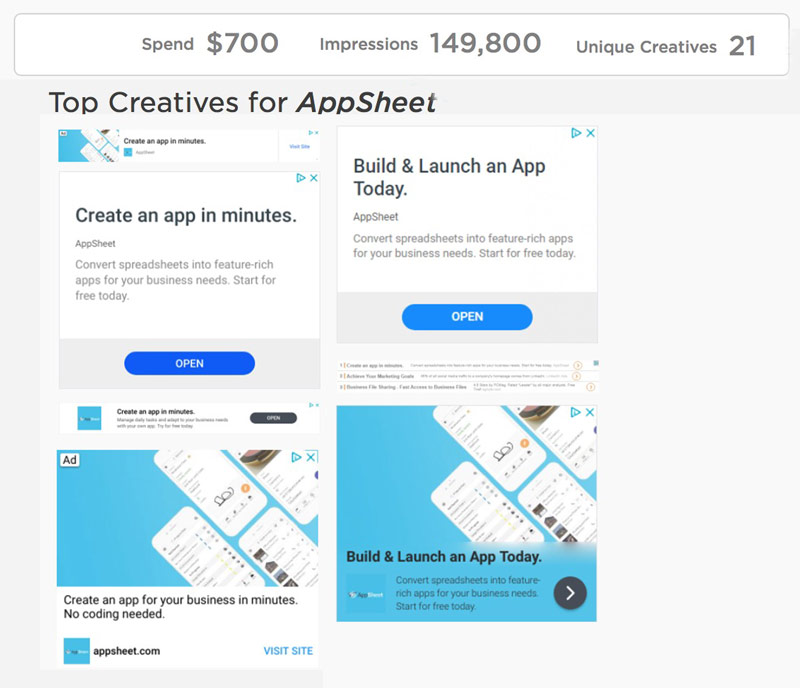 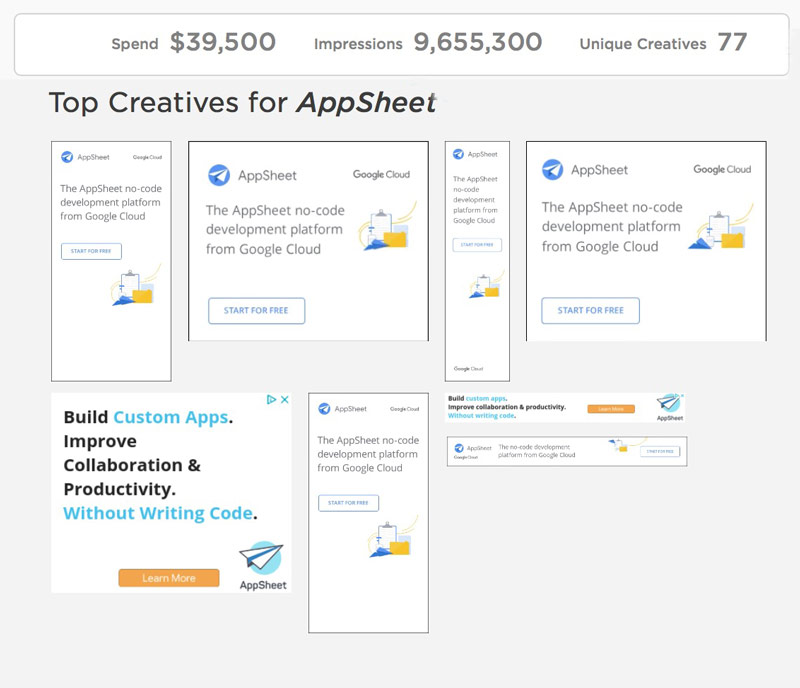 As we can see, and might expect, the acquisition not only influenced AppSheet’s ad creative (which in addition to Google Cloud branding has a familiar Google-aesthetic), but also its ad spend. Pathmatics Explorer found that pre-acquisition AppSheet had spent $700 on advertising. After the Google-bump that budget rose considerably to $39,500, resulting in a 6,400% increase in impressions.

This M&A data shows how smaller scale acquisitions (relatively speaking) can be mutually beneficial to both companies involved. Google Cloud gets to expand its branding with a useful tool, and AppSheets gets a major boost to its reach and potential users.

This was PayPal’s largest acquisition to date, showing how much stock they place on Honey’s platform to help shoppers find savings and rewards as they shop.

Something that is clearly evidenced in their advertising.

This data reflects the 12 month period following the acquisition. It’s hard not to notice that Honey had a near monopoly over PayPal’s top ad creative during that time (which equates to the ads they spent the most promoting).

Let’s see how Honey’s advertising was impacted both before and after the acquisition.

That sizable shift in advertising post-acquisition has likely played a big part in Honey ranking as one of the most popular money saving apps. Here — just like with Google Cloud and AppSheets — the parent company boosts the reach of its acquisition.

And even though Honey’s acquisition was announced well before the pandemic, PayPal’s move proved wise given the rise in online shopping over that time. Which — just like Uber and Postmates — was an M&A that resulted in very effective recession proofing.

Megazord would be proud.