Netflix's most advertised shows in 2020

Binge-watching TV and movies was a very popular activity this year, and Netflix held onto a top spot in the increasingly competitive streaming service market. So, what programs did Netflix promote most heavily throughout the year?

Netflix users will recall that original shows including The Queen’s Gambit, Ratched, and Emily in Paris have been heavily promoted lately within the platform. But is this consistent with Netflix’s advertising priorities outside of the platform’s recommendation engine?

It turns out that there are some differences between what’s promoted within Netflix and across the web. Within the platform, Netflix focuses on promoting new original limited series. That’s because viewers who already have a subscription are likely to trust and be interested in Netflix original content, even for shows with a premise and/or cast that are new to them.

Let’s take a look at Netflix’s top ad creatives for the year 2020 in Pathmatics Explorer. Most of Netflix’s ads are videos beginning with the same introduction explaining that viewers can “watch as much as [they] want for one low price.”

The videos that follow the intro above each highlight a particular show, but typically not novel original limited series with unknown casts like Netflix subscribers see on the platform’s recommendations.

Netflix’s top 5 video ad creatives in terms of ad spend in the year 2020 were for the shows The Witcher, Cursed, Voices of Fire, Eurovision Song Contest: The Story of Fire Saga, and Murder Mystery. 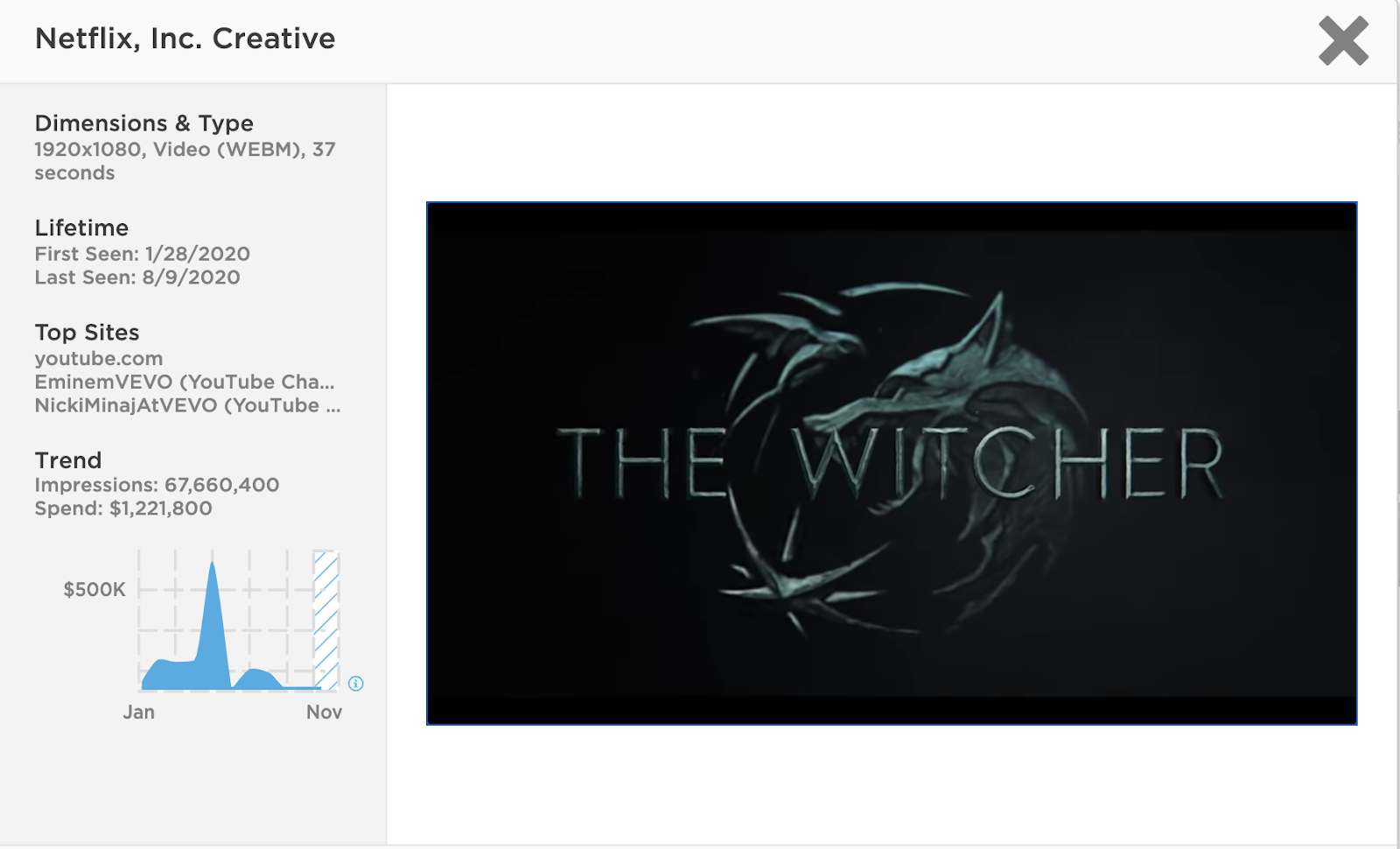 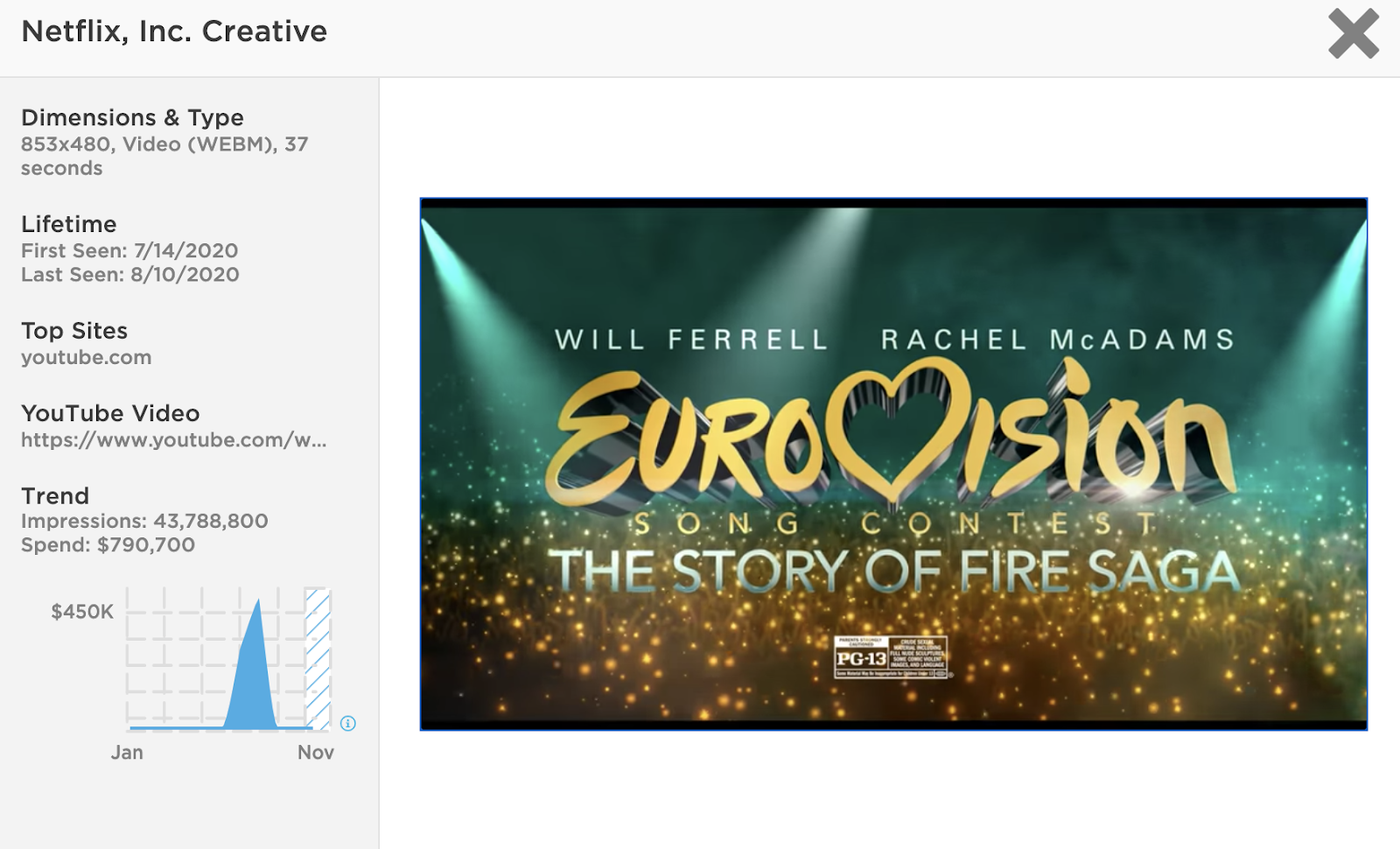 Promoting this content is likely an effort to attract new subscribers to Netflix because they’re big fans of these celebrities. Netflix appears to understand that consumers are far more likely to try something new—like the Queen’s Gambit—following a recommendation from a friend rather than an ad. With over 195 million paid subscribers already, Netflix can count on word of mouth to pass its in-app promotions of these limited series along to new ears.

How much has Netflix spent on advertising this year?

With such a large base of subscribers already, how much does Netflix spend on advertising these familiar franchises and big-name content? In 2020, Netflix spent just under $90 million promoting 6,604 unique creatives and garnering over 8.5 billion impressions on its ads.

That is, of course, after accounting for the higher budgets required to cast such popular celebrities in the first place.

Most of this budget is allocated to desktop display ads with Facebook, video, and Instagram trailing closely behind. Many of these video ads are shown on YouTube, where viewers expect to be entertained and may be open to alternative platforms for their binge-watching experience. 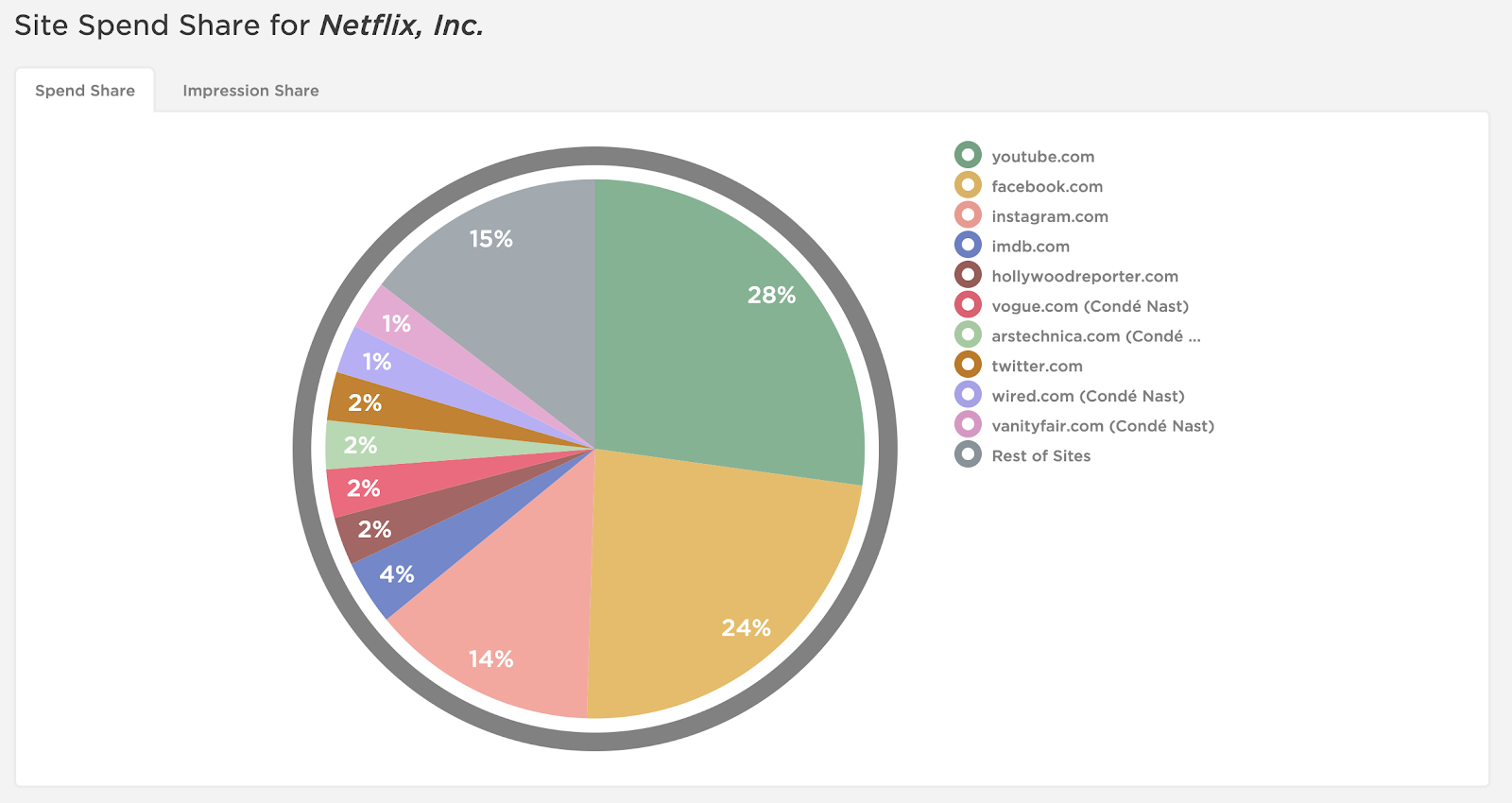 After YouTube and social media platforms, Netflix most commonly advertises on other entertainment-oriented websites including IMDB, the Hollywood Reporter, and a variety of Condé Nast sites.

If you’re curious to see how a content platform you like varies its messaging between fellow subscribers and potential new customers, check out Pathmatics Explorer to get the other side of the story.