With singles "vaxxed and waxed," will 2021 turn out to be the summer of love? Unfortunately, Pathmatics Explorer can't help us predict the future. But it can tell us how the top dating sites and apps are advertising.

Pathmatics data shows us that dating apps overwhelmingly favor Facebook, Instagram, and Hulu, with over 90% of digital advertising budgets devoted to these three platforms. So who are the top advertisers in the dating industry, and how are they using digital to woo new customers?

First, let’s take a look at who is spending the most on digital advertising over the last 30 days.

eHarmony was the top advertiser in terms of spend, accounting for more than a quarter (28.4%) of spend in the dating category. The online dating site spent $1.5M on digital ads in the last month, garnering 54M impressions.

Likewise, Tawkify — the third app in terms of spend — had twice as many impressions as eHarmony (110.4M). This might have to do with where each brand is advertising: Match.com and Tawkify advertise mainly on social, while eHarmony is buying more expensive impressions on Hulu.

We also looked at download trend data for three of the top advertisers — eHarmony, Match.com, and Hinge — to see if these trends reflect ad spend. Right away, we can see that there’s a correlation between monthly ad spend and app installs. 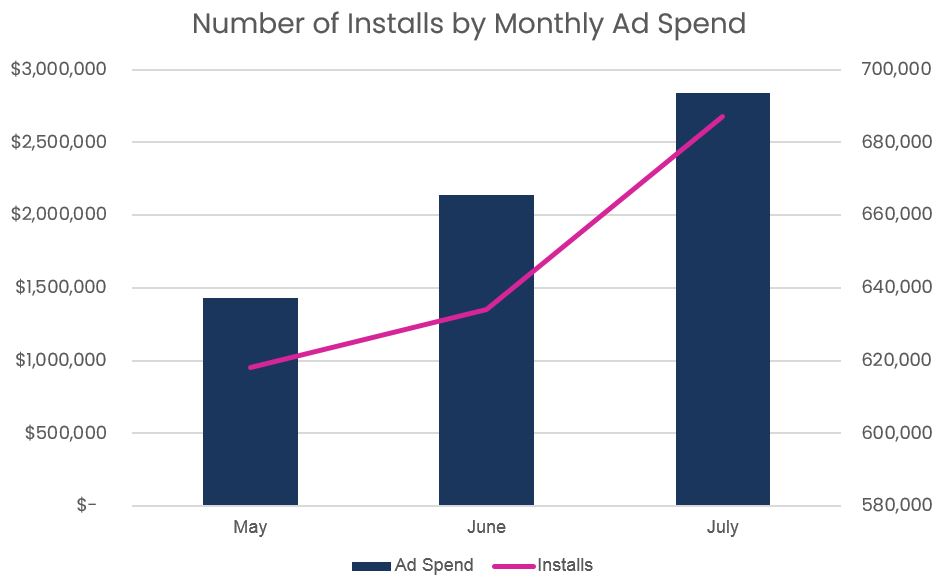 According to data from Sensor Tower (who recently acquired Pathmatics), monthly installs for these three apps have increased in May, June, and July. This matches up with the increase in digital ad spending we’ve seen so far this summer. Now, let’s take a closer look at each of these three dating app’ strategies to see what exactly is driving their success. 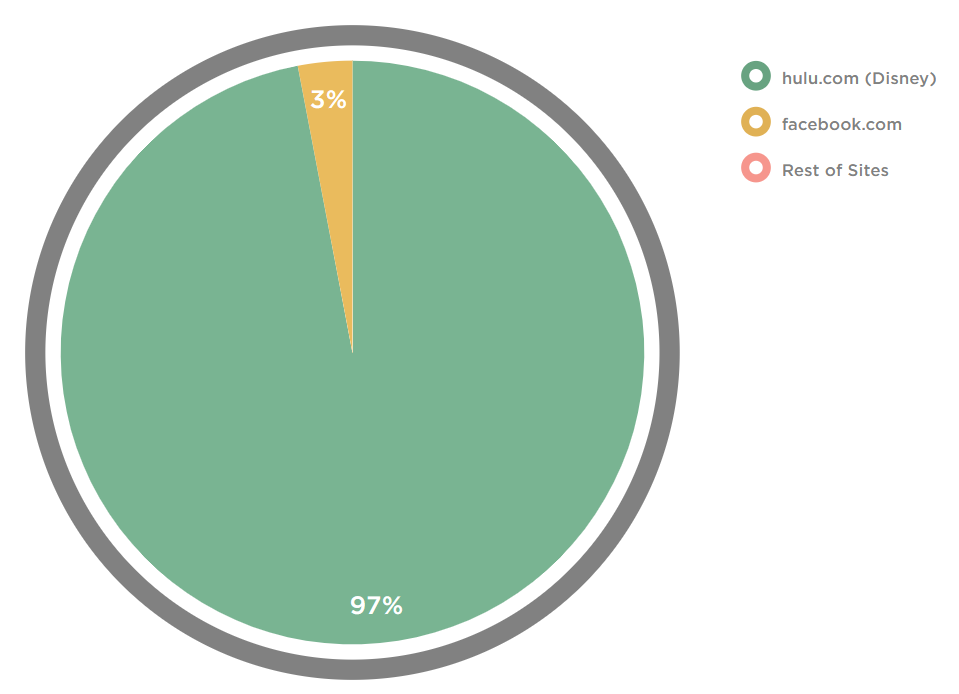 Over the last 30 days, eHarmony spent 97% of its budget on desktop video ads, which appeared exclusively on Hulu. Why is eHarmony so in love with Hulu, you might ask? It’s hard to say for sure, but we do know that it’s a long-term affair: eHarmony has been the second biggest advertiser on Hulu for over a year, spending $6.3M to advertise on the streaming platform in the last 12 months. 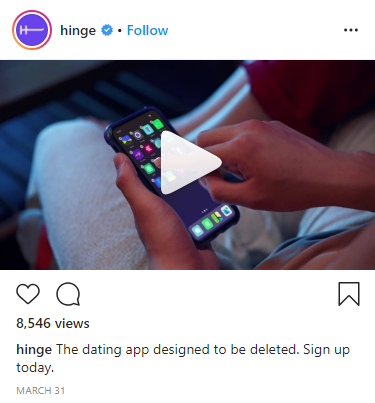 Some of this might have to do with the difference between Hinge and eHarmony's audiences: Hinge is targeting “singles ages 25 to 35 who are tired of Tinder and aren’t comfortable on an older site like Match or eHarmony.” It could also have to do with the fact that Hinge is app-only, while eHarmony offers both an app and a desktop site. 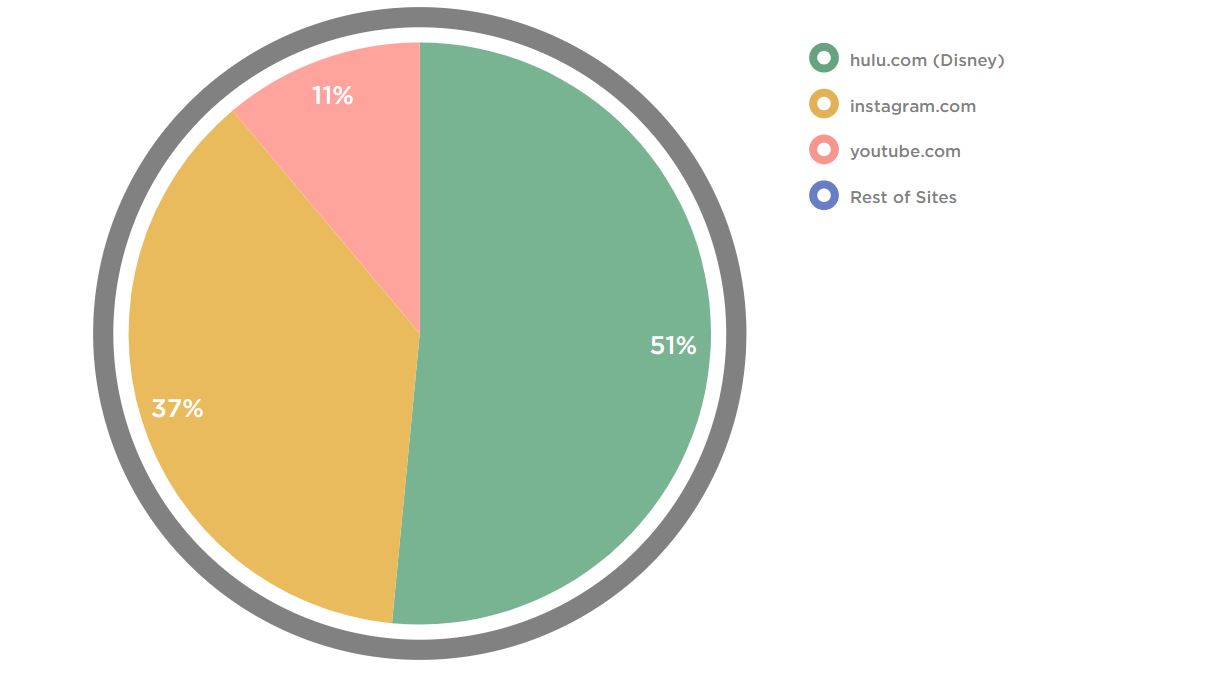 On Instagram, we see Hinge making use of its video content. Here’s one of the top creatives from the past month:

The ad features two people who presumably met on Hinge, snuggling on the couch, uninstalling the no-longer-needed dating app from their phone. The video clip is coupled with Hinge’s slogan, “The dating app designed to be deleted”. 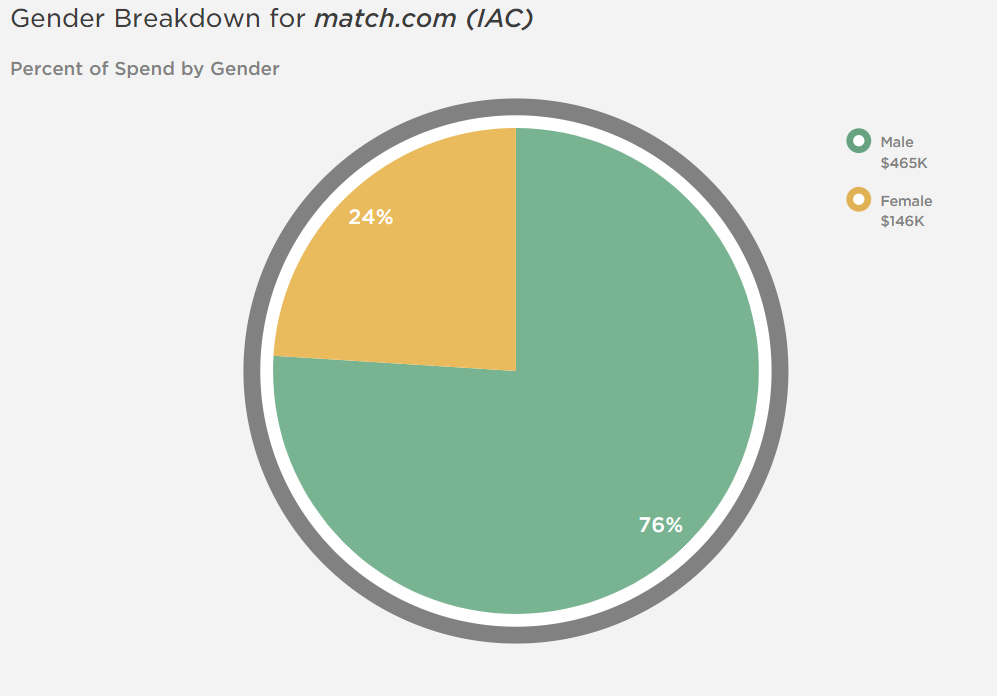 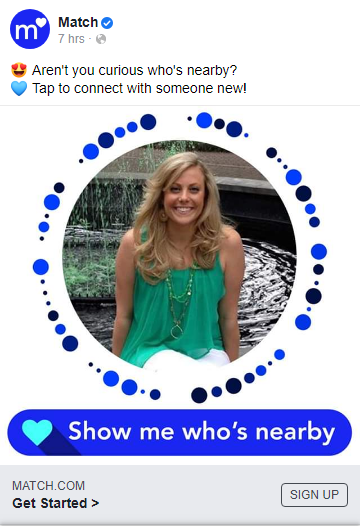 Like Hinge, Match.com advertised heavily on Instagram (32%). However, its biggest site in terms of spend was Facebook (52%). The dating site overwhelmingly targeted male audiences, which makes sense given that 56% of Facebook’s users are men.

Like its competitors eHarmony and Hinge, Match.com also made use of video. Desktop video ads, which appeared exclusively on Hulu, made up about 6% of Match.com’s spend over the last 30 days.

Right now, Facebook and Instagram are the #1 and #2 sites for dating apps to advertise on. Hulu is in third place — but that could change at any time. If other brands follow eHarmony and Hinge’s lead and start devoting the majority of their budgets to Hulu, the streaming service could easily become the most popular place for dating apps to advertise. Stay tuned to see what happens!