Top 3 Digital Advertisers in the First Half of 2021

Amidst a budding new normal, household names in e-commerce, streaming entertainment, and CPG thrived in the first half of 2021. Pathmatics 2021 H1 Advertiser report is here with all the juicy details!

Coming out of a harsh winter, a tumultuous presidential election, and with the largest global vaccination campaign underway, brands across every category reeled, pivoting their creative strategy to stay engaged with consumers and accommodate their shifting spending habits.

In this report, we'll review three of advertising's biggest movers and shakers to understand how these brands modified their digital ad strategies and spend during this period of economic flux and recovery.

Taking the number one spot on the leaderboard, HBO Max had an impressive start to 2021. In their second quarter, the streaming platform reached 47 million U.S. subscribers, up 2.8 million from 44.2 million in the first quarter. 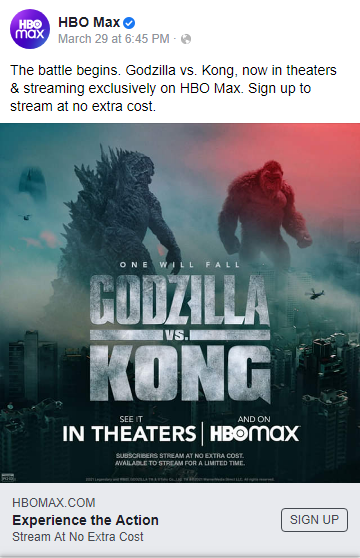 At the end of 2020, WarnerMedia announced a hybrid release strategy for its 2021 movie slate, making films available on HBO Max for the first 30 days they were also available in theaters. Films included in second-quarter results include Godzilla vs. Kong, The Conjuring: The Devil Made Me Do It and Mortal Kombat.

All told, the entertainment and streaming giant invested $375 million into their ads in the first half of 2021. HBO's creative strategy during this period aligned with the brand's aforementioned hybrid movie release strategy. Instead of fussing over closed or limited capacity theaters, HBO Max subscribers could now experience new movies in the comfort and safety of their own homes. HBO's video, static, and display ad creative included promotions for their original films and TV shows featuring celebrity household names in addition to "pre-pay and save" bundle deals for subscribers looking to save a few bucks by opting for an HBO Max annual subscription.

50% of HBO's budget was funneled into Facebook campaigns, garnering 23.4 billion impressions from link posts and video ads promoting its new release of Justice League and the star-studded HBO original movie, The Little Things.

Monthly spend for HBO hit its all-time high at the turn of the new year, with over $40 million spent in January until gradually petering off to $24 million in June. Total impressions for H1 were split between Facebook (49%), Instagram (22%), and desktop display ads (17%).

Back in 2020, Amazon threw a lot of dough into its overhead, bringing on new hires and expanding its fulfillment network. Still, the company managed to rake in an operating margin of 5.9% due to high consumer demand from COVID-19. Additionally, Amazon increased its fulfillment network footprint by 50% in 2020 and hiring kept pace with that expansion, with its workforce expanding by more than 60%. 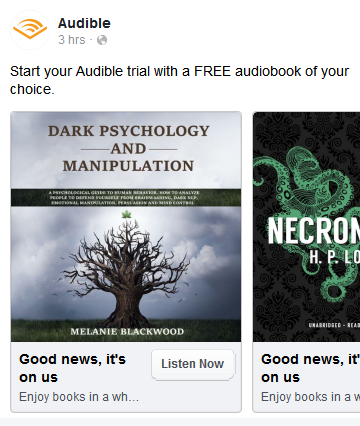 Funneling just over $369 million and garnering a total of 55.3 billion impressions from their 41,000+ creatives in H1, Amazon's diverse strategy entailed a hilarious, hot and steamy Alexa promotion featuring Michael B. Jordan in addition to campaigns promoting a free trial of Audible.

​​Amazon's creative and spend strategy for Alexa and Audible tracks with growth forecasts for these two categories. Experts predict the global smart speakers market will grow from a $4.66 billion market in 2020 to $6.98 billion by the end of 2021. Additionally, the global audiobooks market size was valued at $2.67 billion in 2019 and is expected to expand by 24.4% from 2020 to 2027.

While monthly spend on Facebook and Instagram saw its fair share of highs and lows, campaigns running on desktop display experienced a steady increase, from $6.4 million in January to $17.9 million in June. Meanwhile, desktop video spend increased until February ($14.8 million) then saw a decline throughout and to the end of H1 ($9.2 million). 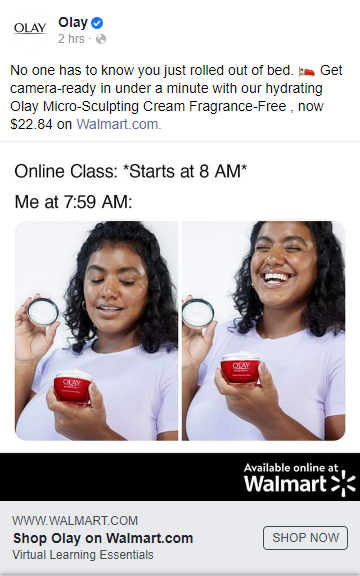 P&G and the CPG category as a whole is having a moment. E-commerce now represents 14% of Procter & Gamble's sales worldwide. The company's fabric and home care category reported organic sales growth of 7% YOY as consumers stockpiled cleaning supplies. P&G's beauty segment also reported organic revenue growth of 7%. The healthcare side of P&G's product portfolio enjoyed a 3% uptick in sales, while its cold and flu products lagged. No surprises there considering social-distancing measures resulted in a lighter flu season this year. Further, the company's grooming segment, which includes Gillette and Venus brands, experienced an organic sales growth of 4%.

Baby, feminine and family care was the only segment with declining organic sales. The company reasoned that fewer consumers purchased its baby care products, like Pampers diapers, due to competition and retailer inventory.

P&G's creative strategy closely mirrored the brand's individual category growth, putting top sellers in each category like Olay face creams and Old Spice deodorant at the forefront of their campaigns. Even Pampers diapers, despite declining sales, accounted for 7% of P&G's total ad spend in H1. Perhaps this was a tactic to reinforce brand preference despite retailer inventory shortages and impending price increases across the baby care category.

Indeed, COVID has impacted every consumer's lifestyle and spending habits in some way, shape, or form. Advertisers will need to listen and adjust their digital strategies accordingly. We'll be keeping a close eye on how these top spenders above and brands across every category will respond to their customer's needs in this transitionary period and the various challenges and nuance it presents in our day-to-day lives.

U.S. Advertisers Spend $1B Per Month on OTT—Plus More In Our New Report