With so many people skipping their commutes and staying at home, you might expect car sales to have taken a hit during the pandemic. But according to Edmunds.com, COVID-19 has only accelerated the demand for used cars. August and September 2020 posted the fastest rate of used car inventory turnover in the last six years.

Part of this has to do with the shortage of new vehicles due to auto factory shutdowns. With fewer options to buy new, cooped-up consumers have been setting their sights on used cars. As a result, Consumer Price Index reports that used car prices surged 21% since last April.

Additionally, car resale sites had several advantages over physical dealerships during the pandemic. They weren't affected by lockdowns in the same way. And unlike local dealers, which were limited to the vehicles physically on their lot, car resale sites were able to offer consumers access to a larger inventory, enabling cost-conscious shoppers to locate the exact vehicle they wanted at their price point. Car resale sites were also well-positioned to offer creative contactless options like at-home test drives and curbside delivery.

CarMax, Cars.com, and AutoTrader are three car resale sites that saw a huge spike in digital ad spend during the summer of 2020. We took a look at digital spend trends throughout the pandemic* in Pathmatics Explorer to see how they’re meeting this growing demand. 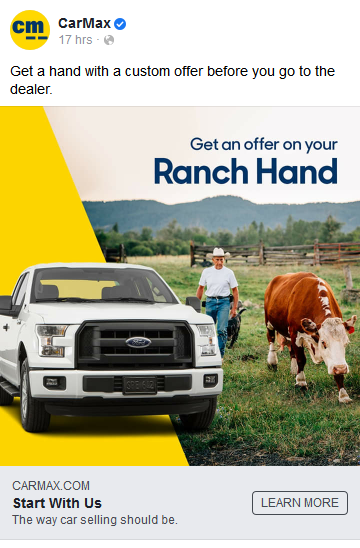 CarMax is the country's largest used car retailer, so it makes sense that it spent more on digital advertising ($41M) than both AutoTrader and Cars.com combined.

CarMax’s ad spending slowed in April and May 2020. Heading into summer, though, it put the pedal to the metal, with July and August marking its highest months of spending. The new model year starts in the fall and most people wait until that time to trade in their used cars. As a result, used car inventory is typically lowest in the summer. On top of the normal seasonal shortage, the shutdown of the rental car industry meant fewer used rental cars — typically a major source of used car inventory — hitting the market.

It's no surprise, then, that CarMax invested heavily in ads to entice car owners to trade in their vehicles to meet the pandemic-fueled demand. Looking at Facebook targeting data, CarMax focused its efforts on California and Texas. Its top creatives during this time frame suggest that trucks and rugged SUVs were in high demand — perhaps as people headed out camping or road-tripping during lockdown.

Throughout the pandemic, AutoTrader wasn’t as concerned with getting people to list or trade in their vehicles as it was with touting options for car buyers to shop safely, including video walkarounds and home delivery. Several of its top 10 creatives were designed to look like a Zoom call between a car buyer and a salesperson. (It’s worth noting here that AutoTrader offers vehicle inventory from both dealers and private sellers.) 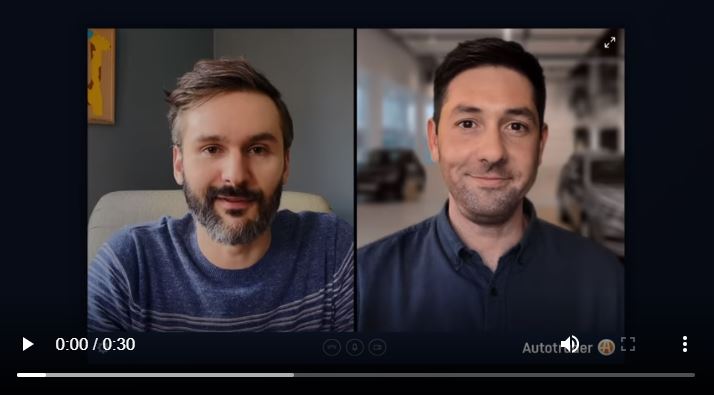 AutoTrader spent $12.8 million on digital ads during the pandemic — about a third of what CarMax spent. The online marketplace allocated a much larger portion of its budget to desktop video (56%) than either CarMax (38%) or Cars.com (35%). It also started spending later than CarMax, with monthly spend peaking in September, slowing down throughout the end of the year, and spiking again in January and February. In a normal year, January through March tends to be a slow period for car sales. But demand this year has been unusually high and vehicles are in short supply, which could explain why AutoTrader and other car resale sites chose to funnel additional budget into digital advertising at the beginning of the year.

Like Autotrader, Cars.com heavily promoted its virtual appointments and home delivery. Its top creatives ran the gamut from videos of a real family sharing how owning a car would make lockdown more bearable to promoting Cars.com’s Best Of award winners.

Cars.com spent the least on digital advertising ($7.7M), but its spending timeline looked very similar to CarMax and AutoTrader. As the demand for used cars surged in the summer months, the auto listing site increased its spending, with ads appearing primarily on Facebook and YouTube. Heading into August and September, Cars.com put the brakes on its Facebook and desktop display ads and pivoted even more of its budget toward desktop video — something we’ve seen from other advertisers as well. After a brief dip in February, Cars.com doubled down on its ad spending in March to promote its Best of 2021 sweepstakes. Once again we saw Cars.com shift its ad mix, this time toward mobile and desktop display.

What about the rest?

Looking at the top auto advertisers, automakers like Toyoto, Nissan, and Hyundai still lead the pack in terms of spending — but car sales sites like Carvana and CarMax are catching up.

While no one can say for sure what will happen down the road, it’s likely that we’ll continue to see an increase in digital ad spending as car resale sites try to meet the demand for used cars.