How Luxury Brands Have Rebounded From COVID-19

As shoppers slowly emerge from months at home in their sweatpants, luxury brands are grappling with how to sell watches and purses in a post-pandemic world.

Burberry reported its sales were down 48% in Q1 2020 — not surprising, considering that stores around the world were closed to stop the spread of COVID-19. Likewise, Gucci sales slid 22% in the first quarter of 2020 in spite of a boost from online shoppers.

So far in Q1 2021, luxury goods seem to be regaining their pre-pandemic sparkle. A recent article in the Wall Street Journal notes that shares across the luxury goods industry hit record highs in April. Brands like Rolex, Cartier, Burberry, and Gucci are once again opening their designer wallets for digital ads, so let’s look at how and where these retailers are spending their advertising dollars. 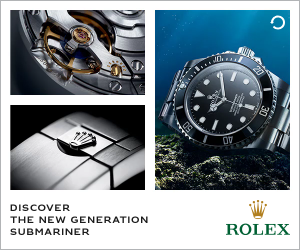 Rolex lost several months of production last year due to COVID-19, resulting in a shortage of around a quarter of a million watches. This made the Swiss watch manufacturer an outlier in the luxury goods market in that demand for its watches far outpaced supply.

Rolex's top creatives focused on promoting the release of its new watch models, which were postponed from March until September. Accordingly, Rolex slashed its ad spend in the spring. Then, in July, the watchmaker ramped up its spending by over $260,000 in anticipation of the launch.

Rolex devoted the largest share of its budget to desktop display ads (43%), which appeared on several Conde Nast and Disney properties, including ESPN.com and NationalGeographic.com. Ads also appeared on the PGA Tour website, which makes sense given that in February Rolex signed a landmark deal to become the Official Timekeeper and Official Partner of the PGA of America. Rolex also used Instagram (37%) to highlight the partnership as golf fans excitedly return to the course.

Not many people have been dressing up and going to parties during the pandemic. That’s a problem for French luxury goods conglomerate Cartier, which suddenly saw its jewelry and watches being auctioned off on second-hand sites like The RealReal. 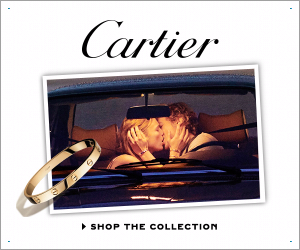 Cartier’s top creatives in 2020 and early 2021 heavily promoted its iconic Love Bracelet. Unlike other luxury jewelry, which might be donned only for special occasions, the Love Bracelet is designed to be worn every day — even during a pandemic.

Cartier had the most balanced spending of the four luxury brands we looked at, with desktop display ads making up the largest portion of its budget at 34%, followed by Instagram at 24%, Facebook at 24%, and desktop video at 10%. Spending has risen steadily but inconsistently throughout the end of 2020 and early 2021, with May marking the highest single month of spending ($1M) for Cartier in the past five years.

Burberry doubles down on digital

Heading into the pandemic, Burberry had a well-heeled leg up on other luxury brands as it had already invested heavily in digital sales channels. The fashion label launched several immersive customer experiences last year, including virtual appointments and digital pop-ups. This might help to explain why Burberry spent more on digital advertising during 2020 ($2.4M) than it did in 2019 ($2.2M).

Seemingly undeterred by the news of global lockdowns and layoffs, Burberry's top creatives continued to flaunt its bags, boots, and sunglasses. The brand advertised heavily on Instagram, spending 59% of its budget on the platform. Desktop display ads made up another 22% of its spend. Vogue.com, NYtimes.com, and Genius.com were among the top sites running creatives for Burberry.

After the pandemic summer slump, Burberry started ramping up spending on Instagram in September. It added display ads into the mix for the holiday season before dropping off sharply in January. The months immediately following the holidays tend to be a slow time for shopping, so this isn’t exactly surprising, and spending has grown steadily since then. 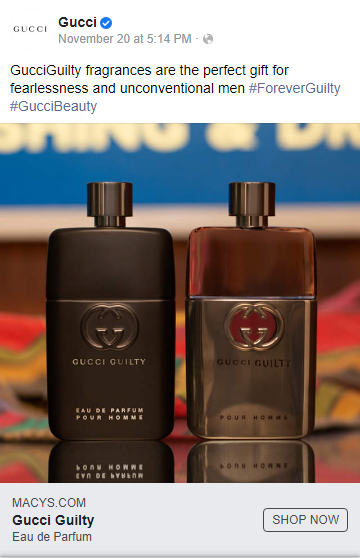 In spite of the pandemic, the months between September 2020 and May 2021 marked a period of record high spending for Gucci, topping out at $2M in November. Spending consisted of big pushes in October, December, February, March, and May punctuated by periods of relatively lower spending in November, January, and April. It spent the lion's share of its budget on social media, with 67% going toward Facebook ads and another 21% toward Instagram.

The brand's pandemic strategy is evident in its top ten creatives, five of which were for Gucci fragrances. This makes sense given that people were spending less on makeup and clothing during COVID-19, and instead investing in skincare and perfume. A closer look at Gucci’s Facebook targeting data shows that the band targeted women more than men (55% vs 45%), yet creatives leaned more toward men’s fragrances — suggesting Gucci is hoping people will purchase eau de parfum as gifts.

After a depressing year, advertising spending for luxury brands seems to be trending upward into spring and early summer — a sign that retailers are feeling optimistic about the future. So will shoppers share their rosy outlook? And will luxury ever be the same after a year of lockdowns? Whatever happens, Pathmatics Explorer will make sure you have a front row seat.