Money transfer and payment apps are seeing an unprecedented spike in adoption and usage. While these initial surges aligned with retail business closures and statewide stay-at-home orders, the gradual proliferation of contactless payment apps reflects consumers' mounting desire for both convenience and safety in how they manage their financial lives.

Today, we'll review how PayPal, Venmo, and Cash App pivoted their digital creative and spending strategies to account for shifting trends in consumer spending habits throughout the pandemic and our fundamental understanding of money.

PayPal saw its highest year-over-year growth in total payment volume in June 2020. The money transfer platform generated $222 billion in payment volume during its second quarter, up from $172 billion year over year. The company also welcomed 21.3 million new active accounts during this period, with 1.7 million of those being merchant accounts. Merchant account growth was three times what PayPal typically adds on a quarterly basis. 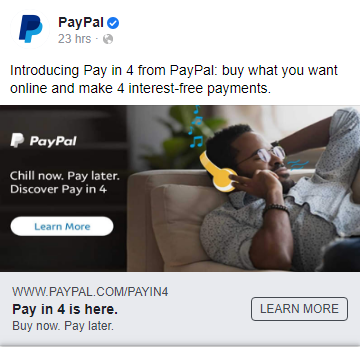 PayPal's top creative during this period promoted their Pay in 4 program, a new feature meant to compete with "pay later" services like Afterpay in addition to new tools for merchants to facilitate touchless transactions. In late 2020, PayPal announced a partnership with CVS Pharmacy, enticing PayPal users with a $10 reward when they spent $20 or more using their PayPal QR payment code at any 9,000+ participating CVS Pharmacy locations.

When looking at spend share, Facebook climbed to the top of the leaderboard, claiming 57% of PayPal's ad budget, followed by Instagram with 18% spend share and Desktop Display at 16% share. It's a spending strategy that tracks for PayPal, given Facebook's broader age demographic. Younger adults are more likely to use peer-to-peer apps like Venmo. A study from AARP reported that nearly 70% of respondents younger than 50 used PayPal, compared to roughly 50% for those over 50. But when it came to Venmo, the disparity in user demographics was much starker. About a third of younger respondents reported using Venmo, compared to just 9% of those over 50. 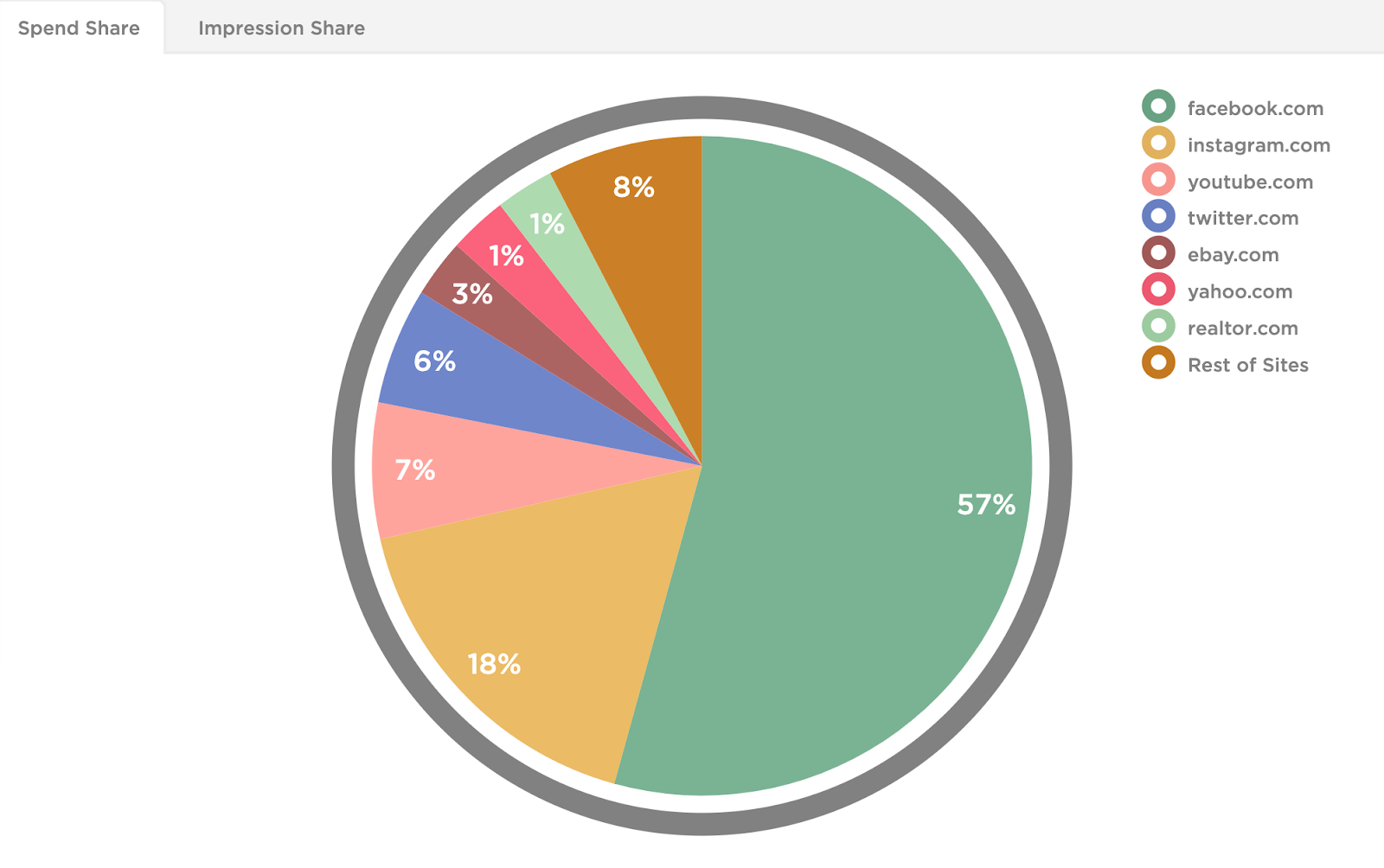 Venmo (owned by PayPal) expanded its functionality during the height of the pandemic as people looked for convenient and safe ways to tip service workers, donate to causes, and patronize their favorite businesses during lockdown. This expansion of services is important because, while Venmo represents close to one-third of PayPal's users (at 65 million consumers), it only accounts for 4% of PayPal's revenues. The monetization of these services is the primary driver for PayPal, with the user base of Venmo being both younger and slightly more affluent than the typical U.S. consumer.

Most of Venmo's creative strategy entailed promoting new in-app features and services in addition to their partnership with CVS Pharmacy. This partnership facilitates a contactless checkout experience, an increasingly important alternative for consumers during the pandemic. CVS has also seen contactless payment increase by 43% since the beginning of 2020. This partnership is not only a strategic move for just PayPal/Venmo but also CVS, whose direct competitor Walgreens expanded its partnership with Microsoft and Adobe to launch a digital shopping platform in early 2020. 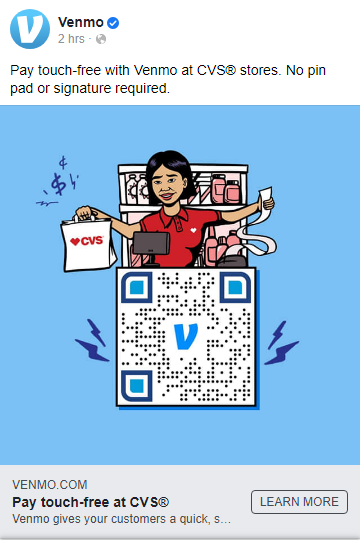 During this period, Venmo also promoted its launch of Venmo for Business. In its infancy, Venmo was primarily used to spot a friend for dinner, charge your roommate for utilities, or smaller financial transactions. Now, with the introduction of Venmo for Business, the brand's partnerships with national retailers, and a credit card, Venmo is starting to position itself as a key player in the financial industry.

Looking at the spending trends for Venmo, all seemed quiet throughout peak periods of the pandemic until spend spiked drastically in March 2021. While we can see that spending slightly increased during the holidays as it aligned with their announcement of the CVS partnership, we're surprised that spend was so low during the beginning and height of the pandemic considering nationwide lockdowns strongarmed many into adopting contactless payment apps and services.

Top channels from this period include Instagram receiving 89% of total spend share, followed by Facebook with 8% spend share. This spending strategy aligns with the app's age demographics, attracting a younger and more affluent audience than their parent company, PayPal.

Square's Cash App grew 20.1% from April to May 2020 with monthly active users topping 30 million by June. Cash App sets itself apart from the competition by allowing users to make purchases with a prepaid debit card, invest in bitcoin and stock. The app also made it easy for users to accept their stimulus checks and unemployment benefits. The amount of money stored in the app soared to over $1.7 billion by the end of the second quarter, over three times more than in the same period last year. 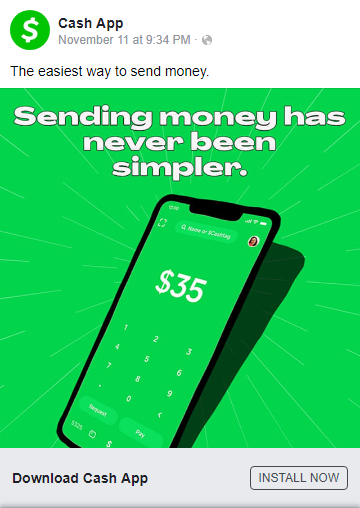 Instead of leaning into bold, new functionality, Cash App placed convenience and transactional speed at the center of their digital campaigns during this period. Cash App also did something that Venmo and PayPal couldn't come close to rivaling: launching their own fashion line with the intent to position themselves as a lifestyle brand to Gen Z consumers. Their ad campaigns throughout this period reflect this effort with youthful creative that features a menagerie of Gen Z imagery, including young, hip models, retro typefaces, and neon colors.

Despite their desire to target this younger demographic, Cash App funneled most of their ad budget into Facebook campaigns (76%), not the most prominent Gen Z stronghold. Like Venmo, spending across all channels remained low until spiking in December, with Cash App investing $273K into Facebook ads and a mere 21% of their total spend share to the more youthful photosharing app, Instagram. 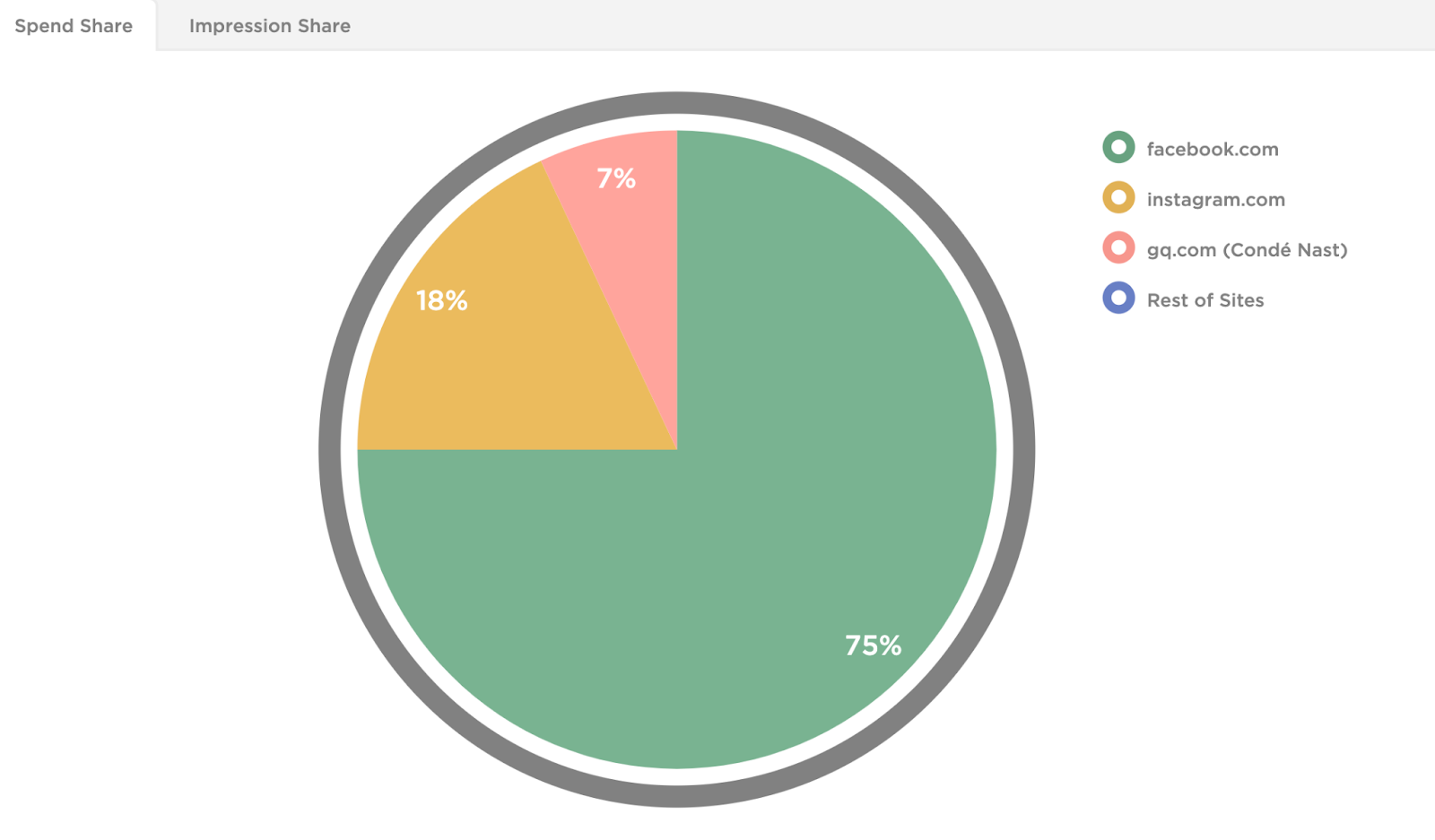 Finserv Report: Digital Strategies of the Big-Money Movers and Shakers